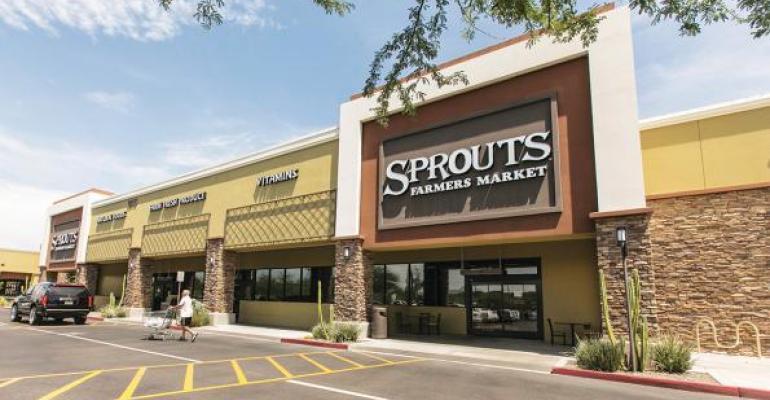 Sprouts Farmers Market said it will expand to the fast-growing Charlotte market in April, followed by its first South Carolina location in June.

The moves continue the Phoenix-based chain’s aggressive push eastward, while it also continues to expand in the West, where most of its 280 stores are located. Later in 2018 the chain also plans to open its first stores in Pennsylvania and Maryland, although it has not yet disclosed specific locations.

The move into the booming Charlotte market follows the rapid expansion there during the last three years of Lakeland, Fla.-based Publix Super Markets and the entry last year of German discounter Lidl. Sprouts is planning to open in the Ballantyne area of Charlotte, an affluent area known for its boutique shopping destinations and gold course.

In recent years Publix and Austin, Texas-based Whole Foods Market have been the most active food retailers in the Charlotte market, according to a report from the local office of real estate firm CB Richard Ellis. Both Publix and Whole Foods have been anchoring some new residential and mixed-use developments as the market’s population surges, particularly in the outlying areas of the city.

“Retail growth in the Charlotte market is occurring at a rapid pace,” CBRE said in the report. “Vibrant economic expansion, population growth, solid retail leasing dynamics and strong investment returns have combined to make Charlotte one of the most sought after retail markets in the Southeast.”

The Charlotte metro has a population of more than 2.5 million and has been among the fastest-growing regions in the country. It is the country’s second largest banking center after New York City, and a hub for international travel, with the world’s sixth busiest airport.

According to the Charlotte Observer, Kroger-owned Harris Teeter, based in Matthews, N.C., grabbed the No. 1 grocery market share position in the Charlotte Market in 2016, surpassing Walmart and Food Lion, the Salisbury, N.C.-based division of Ahold Delhaize.

Publix, however, has been closing in fast. The chain has quickly grown to operate about 17 stores in the greater area, with three more listed as “coming soon” on its website. Publix grabbed 7.2% of the grocery market share in 2016 for the No. 4 position, according to the Charlotte Observer.

Sprouts has been among the best performing food retailers in the past year, but one local real estate professional, who asked not to be identified, said the chain will face increasing competition as its pushes further up the East Coast, where it lacks name recognition and will face well-entrenched competitors.

“I see Whole Foods Market doing everything that Sprouts does, and more, and doing it better,” the observer said. “They have larger stores, better selection and now better pricing.”

Sprouts opened its first North Carolina store in Raleigh last year and has a second planned for a Jan. 10 opening in Fayetteville. The first Charlotte store is scheduled to open April 4.

South Carolina will represent the retailer’s 16th state of operation. In addition to its East Coast expansion into Maryland and Pennsylvania, Sprouts will also open its first store in Washington state, in 2018, marking its expansion into the Pacific Northwest and bringing its state count to 19 by the end of the year.