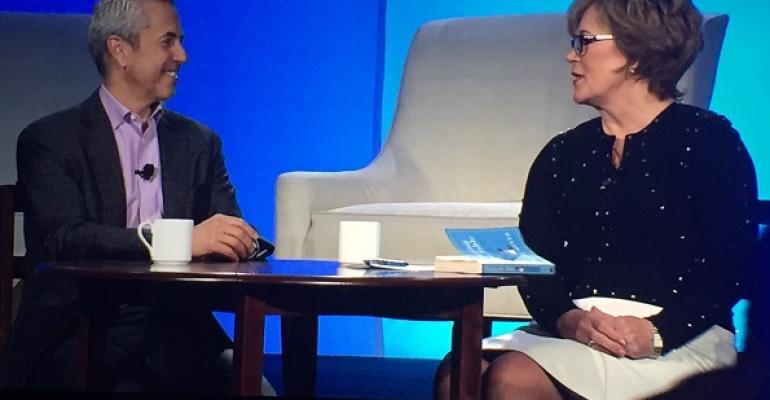 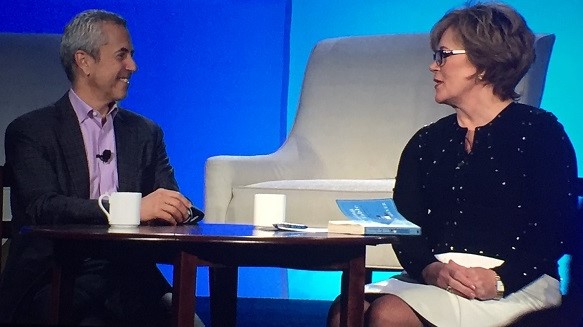 But despite his identification with restaurants, Danny Meyer, CEO of Union Square Hospitality Group, has a warm place in his heart for supermarkets, a fact he relayed during remarks at the FMI Midwinter Executive Conference in Miami.

“I remember the smells of every food market and supermarket I visit,” he explained during a one-on-one interview with Leslie Sarasin, FMI’s president and CEO.

“I go to supermarkets, watch the butcher or deli man hand food to someone, and there’s a love connection and magic happening,” he said.

Meyer, the founder of brands including Shake Shack, said he watches how people shop for food in supermarkets.

“I like the role supermarkets have played in my life,” he said.

While the food retail and foodservice industries have long competed, Meyer said he doesn’t consider them to be rivals.

He pointed to the prepared foods trend at retail, saying, “Increasingly your stores will need eat-in as well as takeout opportunities. At Shake Shack, about 25% to 30% of food is not eaten there.”