Made with all white meat chicken breast and served on a croissant, Straub’s signature Chicken Salad is its No. 1 selling item nearly every day of the year. “It’s made with very simple ingredients but its recipe can’t be copied by those who’ve tried,” said Straub.

Made locally in St. Louis, The Cup cupcakes, in varieties like Tuxedo, Grasshopper, Gold Rush and others, are a Straub’s exclusive.

Straub’s private-label Best Chocolate Chip Cookies Ever mix is made by Sister’s Gourmet, whose products appeared on Oprah Winfrey’s “O” List of favorites.

Straub’s fresh meats are intentionally packaged-to-order so that shoppers must interact with the butchers who are well versed in meal ideas.

Straub’s sells local beers from a small cold case including Schlafly and Urban Chestnut, both brewed in St. Louis, and Boulevard beer from Kansas City, Mo.

Straub’s is in the midst of rebranding its private label so that its packaging has a more cohesive look.

Straub’s devotes a disproportionate amount of freezer space — about 25% — to ice cream in inventive flavors like Sweet Potato With Torched Marshmallows and Sweet Corn, Riesling Poached Pear and Black Raspberry from Ohio-based Jeni’s.

Straub’s sells over 50 SKUs of root beer and other gourmet sodas made with cane sugar. 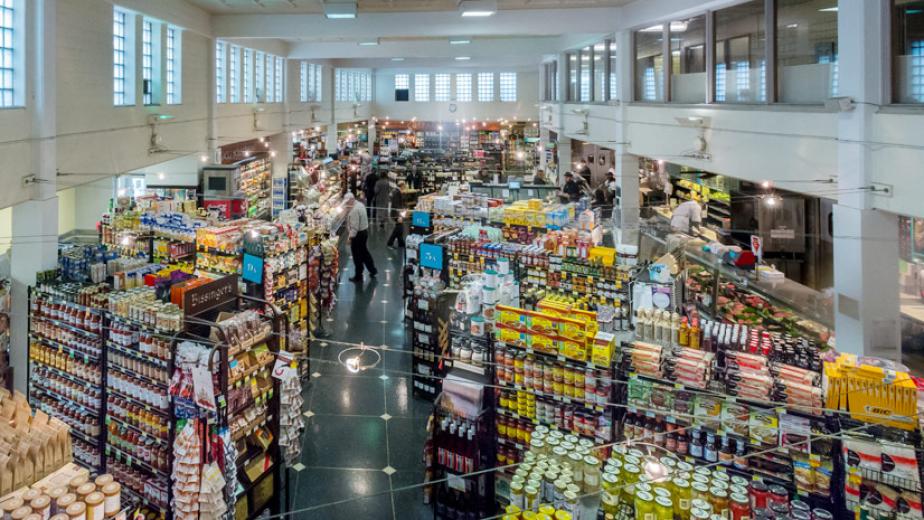