Delhaize America has rolled out “Fresh, Easy and Affordable” store renovations at Food Lion locations in the Wilmington, N.C., and Greenville, N.C., markets. These stores are intended to drive larger shopping baskets through revamped assortments and store layouts, as well as a new service initiative to spark faster checkouts and foster a selling culture. Officials say stores in Wilmington, N.C., where the renovations took place in 29 stores late last year, have seen sales improve by 12% over the last two years. Similar renovations are now beginning in Raleigh, N.C., at an average investment of $1.5 million per location.

All renovated stores get a new logo. Storefronts have removed advertising from the windows in favor of a cleaner look.

The new branding encompasses a clear approach to value, new merchandising elements including seasonal displays, and new uniforms for employees, according to Jamie McGuire Osborne, manager of brand strategy at Food Lion.

New product adjacencies including this coffin case merchandiser have helped to make Food Lion stores more intuitive to shop, officials said. New signs such as those in pictured in the meat case make locating items easier.

A key element to Food Lion’s new brand is a cultural change brought about by comprehensive new approach to employee training. This page from a training manual reviews that “it’s not the stuff but the staff” that makes a difference.

A center store reset reduced SKUs in areas like home goods to make room for selections of gluten-free foods, premium coffees and new-age beverages. One Food Lion official described the change as “doing a better job selling things customers want to buy, versus what we want them to buy.”

New checkstands and point of sale systems — and new uniforms for employees — make for a faster, more pleasant experience at checkout. Food Lion officials say the new systems have doubled checkout speed, with a goal toward making the chain the fastest checkout in the Southeast.

A video provided by Delhaize Group provides a store tour and overview of the “Easy, Fresh and Affordable” remake. 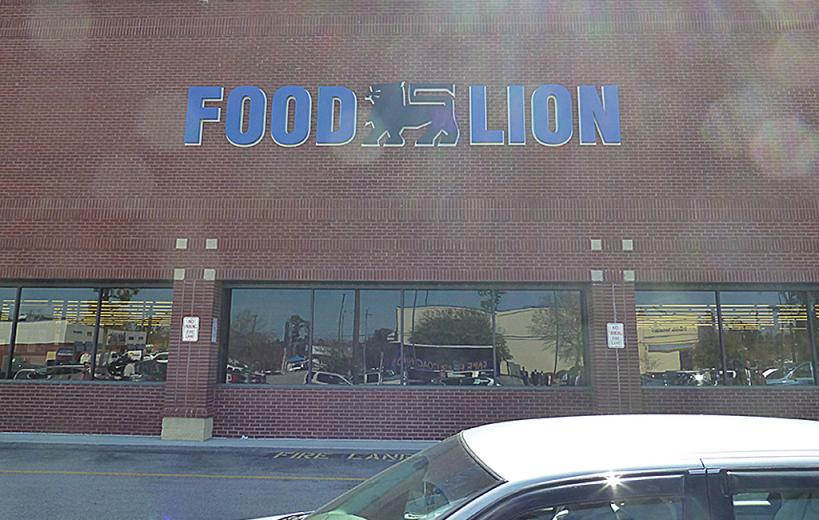