Food Lion Feeds features in-store donation efforts including the offering of $5 food boxes, which are sold at cost to shoppers and donated to area food banks. The Holidays Without Hunger Box is available in Food Lion stores through Dec. 23.

An apple a day

Each bag of Food Lion Feeds apples sold provided 5 meals for those in need, and a collective 1.1 meals. In addition, Food Lion donated 450,000 meals and the apple supplier, Yakima Fresh/Robinson Fresh, provided 225,000 meals.

As part of Food Lion Feed’s "Week of Giving" kick-off events this summer, Food Lion associates in Myrtle Beach, S.C., distributed meals to senior citizens in need through a partnership with the Lowcountry Food Bank.

Food Lion associates, who both volunteer their personal time and support the program during paid work hours, take part in efforts like the Food Bank of Central & Eastern North Carolina's annual Sort-A-Rama where bulk food is sorted into family-sized bags to provide 176,000 meals.

Hannaford Bros.’ Healthy Living Center caters to first time exercisers and removes many of the barriers that prevent people from getting fit, such as cost.

The center’s Silver Sneakers Classic, a chair-based cardiovascular workout, appeals to seniors and those who have exercise limitations..

Members of the center are socializing while improving their self-esteem, says the store’s dietitian, Patty Schardt. “The community spirit that comes from this is wonderful,” she said. “That’s what I’m particularly proud of because people are making friends. People who can feel isolated at times are meeting other people and feeling better.”

A group of about 20 members who are led by a YMCA instructor have formed a dance troupe, which performed to Michael Jackson’s "Thriller" at the center’s Halloween-themed, one-year anniversary. 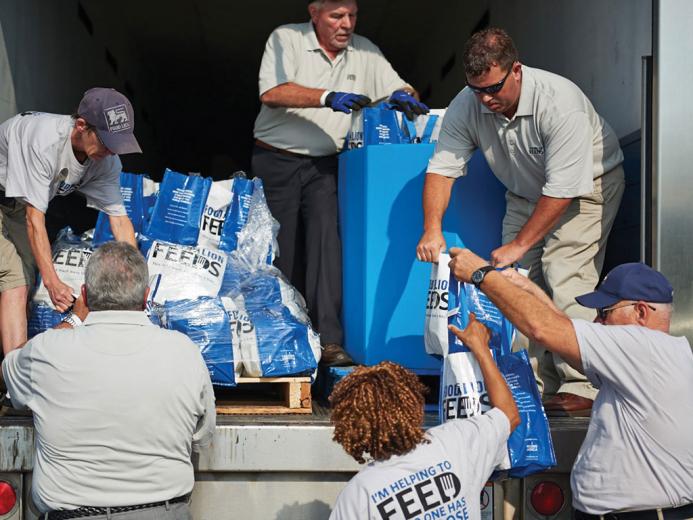