Haggen’s exterior conversions begin by taking down the old logo, painting the wall beneath it and putting up its own banner — as it did here at its first conversion in Monroe, Wash., in mid-February, one of 20 Oregon stores being converted.

As with any complete makeover, the interior is in a state of chaos just hours before the store actually reopens under the Haggen banner. Former Albertsons stores being converted close at 6 p.m. one day and reopen under the Haggen name less than 48 hours later; Safeway stores, which have different IT systems, take one extra day to convert.

While each store undergoes a complete remodel, the pharmacies remain open, with customers able to enter through a separate entrance.

Haggen employees get the produce section set up.

New flooring is installed as part of each remodel …

… and a variety of murals are put up to designate different departments.

Once the shelves have been stocked and merchandise is all in place, the store gets a final sweep before opening to the public.

The Haggen sign goes up on the shopping center pylon to let customers know there's a new store in town.

The man in charge

Bill Shaner is CEO of Haggen's new Pacific Southwest division, which encompasses 100 stores (83 in Southern California, 10 in Arizona and seven in Nevada).

Bagels on a stick

The Haggen in Carlsbad displays bagels on an easy-to-serve display fixture.

The Carlsbad store uses baskets and displays that looks like farmstands to enhance the ambience of the produce section. 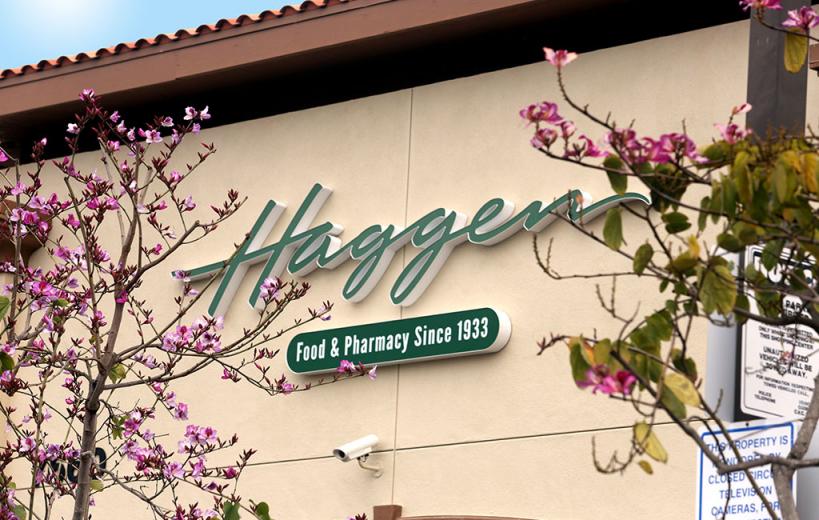 Next Up
SN's most popular galleries of 2019
Start Slideshow ›