"We see no limit to our expansion in Southern California," Grocery Outlet Bargain Market co-CEO Eric Lindberg tells SN. "It’s a very densely populated area, with many neighborhoods that interlock, so we plan to push expansion till we achieve saturation.”

The extreme-value chain says it could open 100-150 stores there, starting with two stores in the Los Angeles market in December, expanding to 14 by the end of 2016 and another 14 or so by the end of 2017.

Based in Emeryville, Calif., Grocery Outlet operates 227 stores in Northern California, Oregon, Washington, Nevada, Idaho and Pennsylvania, including this one in Chambersburg, Pa.

Grocery Outlet sells name-brand products at prices up to 60% below traditional supermarkets “thanks to [an] opportunistic buying model,” where buyers negotiate directly with manufacturers for overstock and surplus products for stores like the one here in South San Francisco.

Of the company's 227 stores, this one is already in Southern California, down in East Village, San Diego.

Based in Northern California, Grocery Outlet operates this store in the Visitacion Valley neighborhood of San Francisco.

The chain realized an estimated $1.5 billion in sales in the most recent fiscal year.

All stores are independently owned and operated by residents in or near the communities they serve, such as Spokane Valley, Wash. 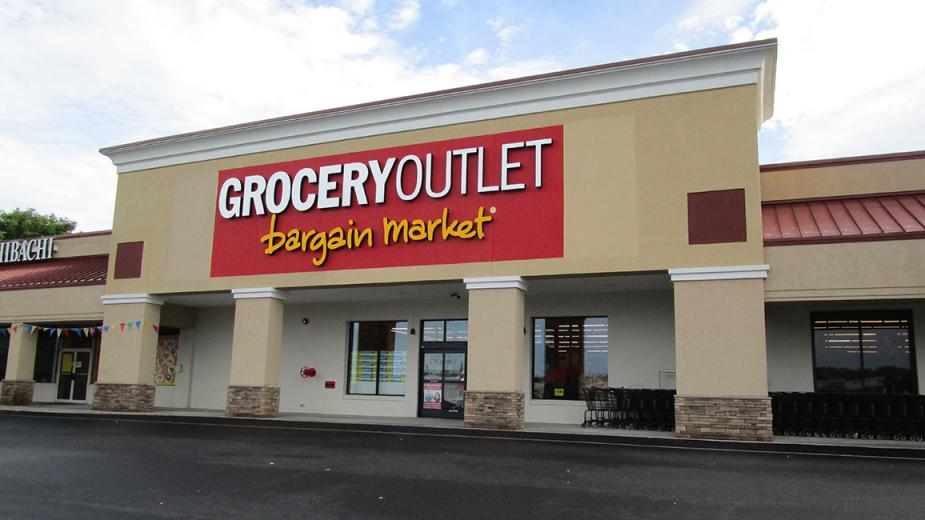