ADVERTISEMENT
Down on the farms

Bristol Farms remodeled its store in Westwood Village, just south of the UCLA campus in West Los Angeles — at 9,500 square feet the second smallest unit in the 15-store chain — adding 5,000 center store SKUs by transforming the store’s bakery and liquor departments from boutique areas to in-aisle sections and rearranging the store accordingly.

Bristol Farms, which is moving closer to all natural and organic in its produce sections, shifted produce to the front of the store from an area near the rear. With limited space, the produce department in Westwood is denser than at most locations.

The cheese section offers more than 350 varieties from around the world, with an overhead map pinpointing points of origin and an overhead sign with tips on how to assemble a cheese platter.

Chips off the old block

The Westwood store is the second Bristol Farms location to offer “The Cookie,” which contains 50% Belgian chocolate chips, plus toasted walnuts and a pinch of sea salt. Introduced at one location a few months ago, the company said it intends to add the baked-off cookies to additional stores.

The deli at the Bristol Farms in Westwood features a “poke” bar featuring fresh sliced salmon and ahi tuna, along with rice and seaweed salad, to allow customers to make their own Hawaiian appetizer.  “Poke” is a Hawaiian verb meaning “to slice.”

Converting a liquor section under an arbor to an in-line department, Bristol Farms was able to add expanded selections of domestic and international wines, artisan craft beer and micro-brewery offerings, plus premium spirits. 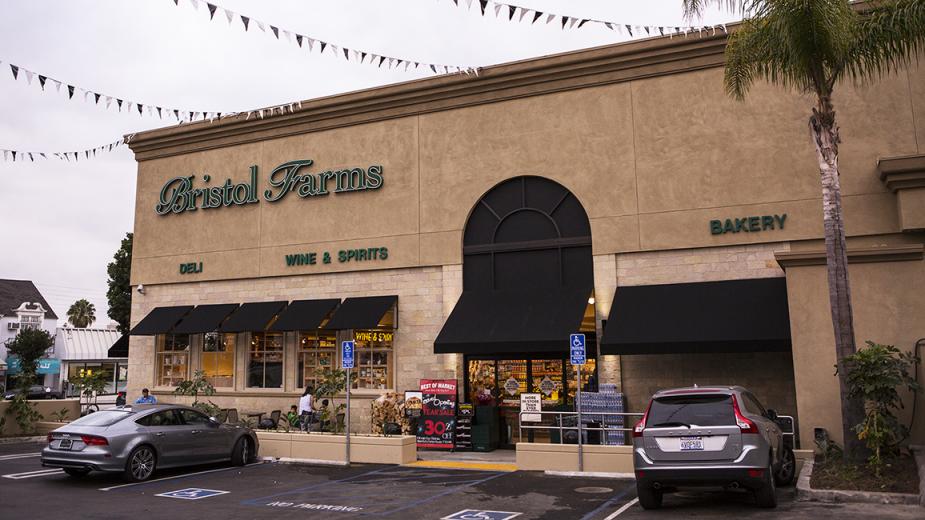