New York-based retailer Bogopa Service Corp., parent of the Food Bazaar chain, has opened a new small-store concept known as Farmer’s Market by Food Bazaar in Bridgeport, Conn. The store, featuring a heavy mix of fresh food in a 20,000-square-foot space, is less than half the size of traditional Food Bazaar units but like its bigger sister, focuses on providing variety to meet the needs of a diverse ethnic customer base. And although compact, fresh, and neighborhood focused stores align with several large-scale industry trends. Bogopa spokeswoman Suzanna Kuczun told SN the brand was born primarily to focus on the needs of the particular site and local shoppers, who have been without a nearby store since a Food World IGA at the same site closed in 2011. Farmer’s Market by Food Bazaar, Kuczun said, will also act to complement a 61,000-square-foot Food Bazaar store that opened in Bridgeport in 2010.

As the name suggests, Farmer’s Market devotes the majority of its space to fresh produce.

A smaller footprint requires creative layout, as illustrated by a selection of cereals and other dry groceries above a refrigerated case. 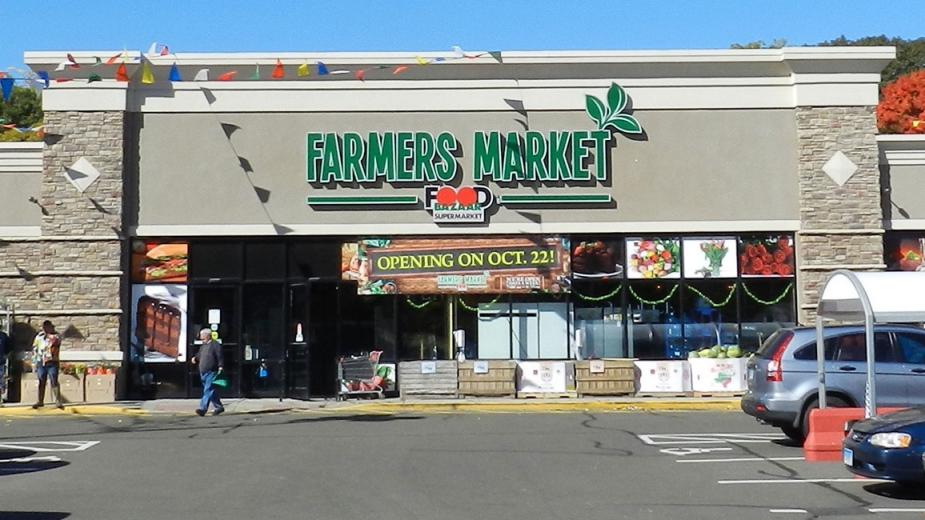