Grocery store chefs will vie for the coveted title of Grand Champion of the 2015 Supermarket Chef Showdown during a live cookoff on the FMI Connect expo floor beginning Wednesday, June 10, at 11:15 a.m. The chefs will face off in one of five categories — breakfast to go, holiday party platter, affordable family meals, ethnic dishes and dessert. Winners will be announced Thursday at 11 a.m.

Dayton Carroll from Hy-Vee in Keokuk, Iowa, brings international flare to his fare. After working at the Atlas World Grill while studying Fine Art and German at the University of Iowa, he spent six years in Germany, working at the Restaurant Fehrenbach, Robert's Bistro and Bos Food GmbH.

Keoni Chang from Foodland Super Markets, in Kaneohe, Hawaii, endeavors to create restaurant-quality food that can be purchased everyday at the supermarket, and having worked at The Greenbrier in West Virginia, New York City's Windows on the World and the Eiffel Tower Restaurant in the Paris Hotel in Las Vegas, he has the culinary chops to do it.

Yolanda Chatman, executive chef at Kroger in Sugar Hill, Ga., is a "Guinness Book of World Records" holder for her role in creating the world's largest praline. The graduate of Gwinnett Technical College has mentored local school students in basic cake decorating and won second place in a Poultry and Egg Tailgate-themed competition sponsored by Wayne Farms.

Elizabeth Davis from Hy-Vee in Davenport, Iowa, teaches shoppers to travel the world in their kitchens with specialty ingredients like exotic produce. The graduate of Johnson & Wales University in Providence, R.I., has experience both near and far. In addition to living farm-to-table on an Iowa farm she's studied in Europe and Asia.

Brian Dunn from Roche Bros. Supermarkets in Wellesley Hills, Mass., won the Supermarket Chef Showdown Award in the ethnic category in 2012 for his Indian Five Spice Lamb recipe. The culinary innovation chef for Roche Bros. is responsible for building its in-store chef program and developing ways to enhance the customer experience through culinary services.

Amy Gleason from Hy-Vee in Omaha, Neb., brings extensive wine experience to her role as store chef. In addition to researching, developing and demonstrating recipes, she works closely with Hy-Vee's dietitians and Wine & Spirits staff to offer cooking classes and wine dinners for shoppers.

Alois Maierhofer, a product development chef for Giant Eagle Supermarket in Pittsburgh is responsible for inventing new concepts and showcasing his menu ideas to all Market District and Giant Eagle locations. The Austrian native is expert in professional cooking and management, menu development, profit and loss management, kitchen design and equipment specifications.

Jason Miller is the corporate executive chef for Balducci’s Food Markets in Rockville, Md., where he oversees menu development, food safety, research and development, product sourcing and catering production. Prior to joining the retailer in 2010, he was a key culinary team member at two platinum star nationally ranked country clubs.

Greg Retz is the category manager of prepared foods for Bi-Lo in Jacksonville, Fla., where he oversees department operations including corporate menu development.

Kirsten Shabaz is the fresh foods educator at Valley Natural Foods in Burnsville, Minn., where she creates and demos healthy and cost-effective recipes for shoppers. She is the founder of Dishin' Up Some Love, which provides meals to those who've lost a loved one or have experienced health complications and need assistance.

Glenn Terrell is corporate chef for Brookshire Grocery Co. in Tyler, Texas. He brings extensive culinary experience from across the U.S., Caribbean and Mexico to his role of developing recipes and training and development.

Bryan Williams from Rockbridge Hy-Vee in Columbia, Mo., is a chef, gardener and home brewer who is passionate about fresh, local and seasonal ingredients. He hopes to combine his love of food and drink with beer and cheese pairings that can be tasted in-store.

Dustin Miller, executive chef from Giant Eagle Market District in Pittsburgh, was awarded best sandwich in Major League Baseball for his Kansas City Rib Eye Stack at the 2010 All-Star Game and has catered two Super Bowl Ring Ceremony dinners for the Pittsburgh Steelers. He received his training at The Culinary Institute of America. 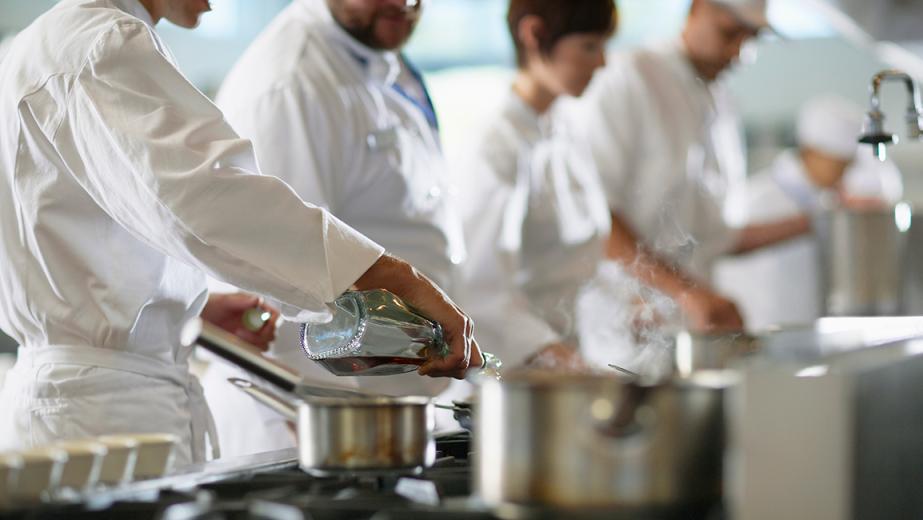