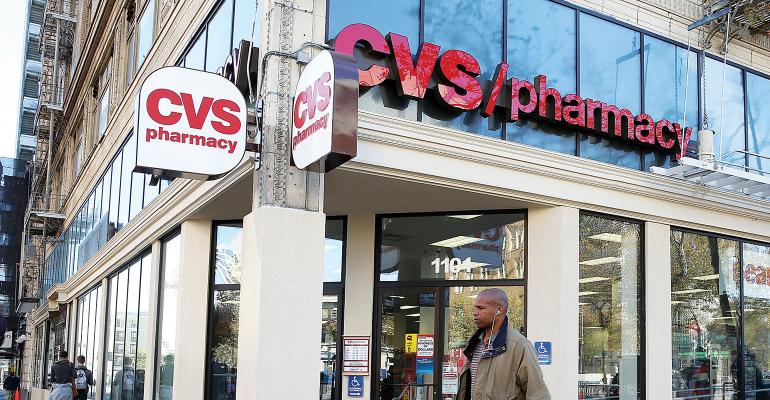 his is part of Supermarket News’ 2017 Disruptors package. See the entire lineup here.

Drugstore chain operator CVS Heath and health insurance provider Aetna have proposed a mega-merger that some observers say is a reaction to the anticipated expansion of Amazon into the pharmacy business.

Woonsocket, R.I.-based CVS, a retailer with a massive footprint that also owns a pharmacy benefit management company, would gain a connection to millions of insured consumers through the merger. At an estimated value of up to $66 billion, the merger would also be the largest in the history of the health insurance industry.

Neither CVS nor Aetna have confirmed that they are discussing a potential merger, which was reported by the Wall Street Journal in October.

The merger would place increased pressure on supermarket pharmacies, and also stands to bolster traffic to CVS, which has been enhancing the food offering at its 9,700-store retail network. The chain has been rolling out an expanded assortment of better-for-you grocery items and beefing up its store-brand portfolio in groceries and other consumables.

And in a move that could portend competition with supermarkets’ burgeoning e-commerce operations, in November CVS unveiled plans to launch next-day home delivery of prescriptions nationwide and same-day delivery in some metro areas. It said it was planning to begin testing same-day delivery of prescriptions and “a curated selection of front-of-store products” in New York City’s borough of Manhattan in December.

“With nearly 70% of the U.S. population living within three miles of one of our stores, CVS Pharmacy is the most convenient choice for delivery to your doorstep,” said Larry J. Merlo, president and CEO of CVS, in a recent earnings conference call with investors.

Last year the company began testing CVS Curbside, a click-and-collect service that allows shoppers to order front-of-store products, including groceries, and pick them up at store locations.

CVS has already proven itself a disruptor through its 2007 acquisition of pharmacy benefits manager Caremark. The latest initiatives at the chain position it to have an even broader impact on the retail industry.