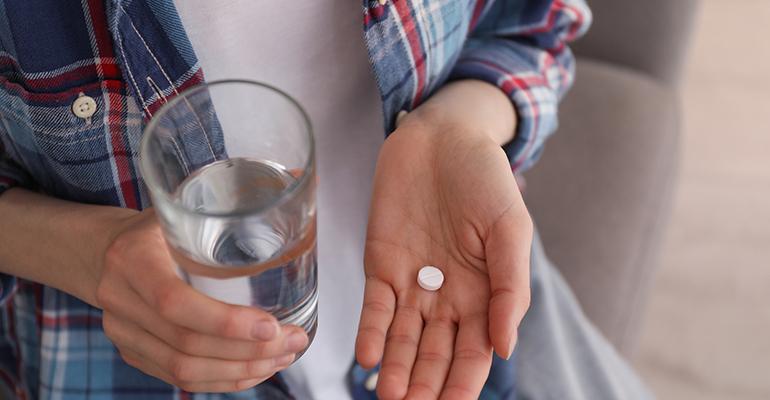 Getty Images
According to reports, some retailers may balk at offering mifepristone because of some strong consumer opposition to abortion, and because of the time and effort required to be certified.
Product Categories>Nonfood & Pharmacy

Pharmacies must become certified; not all states will allow dispensing the drug

Walgreens and CVS said they plan to begin offering a prescription drug used to terminate pregnancies now that the Food and Drug Administration has approved it for retail pharmacy sales.

Retailers need to become certified to dispense the drug, mifepristone, which involves meeting certain basic criteria, such as ensuring patient and prescriber privacy, according to reports.

“We intend to become a certified pharmacy under the program,” Walgreens said in a statement. “We are working through the registration, necessary training of our pharmacists, as well as evaluating our pharmacy network in terms of where we normally dispense products that have extra FDA requirements and will dispense these consistent with federal and state laws.”

CVS also said in a statement that it was reviewing the FDA’s decision to expand access and that it plans “to seek certification to dispense mifepristone where legally permissible.”

Other retail pharmacy operators contacted by SN, including Walmart, Kroger and Albertsons, could not be reached for comment.

Mifepristone is the first of two pills used in medication-induced abortions. The drug had previously only been available in person from certified doctors or from select telemedicine services via mail-order, and only in certain states. A second drug, misoprostol, is taken after mifepristone and is already widely available for other uses.

According to reports, some retailers may balk at offering mifepristone because of some strong consumer opposition to abortion, and because of the time and effort required to be certified.

Since the overturning of Roe v Wade, the Supreme Court decision that had legalized abortion nationwide, several states have passed new laws banning or restricting abortions, while others have taken steps to guarantee that abortion access is legal.

Medication-induced abortions were approved by the FDA in 2000, and as of February 2022 accounted for 54% of all abortions, according to the Guttmacher Institute, which advocates for abortion access and conducts research on reproductive health.