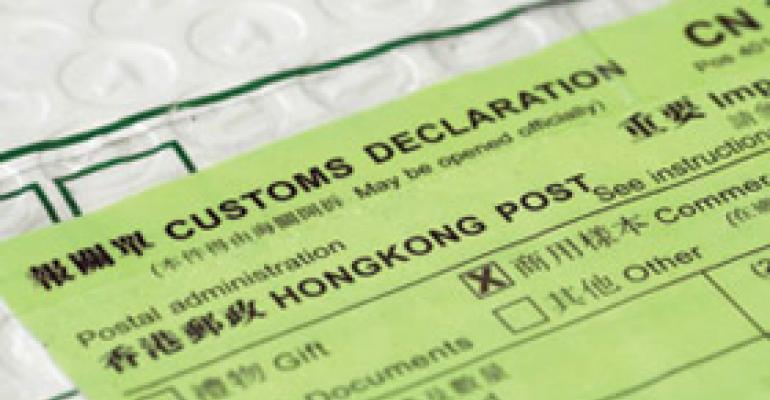 To Asia With Caution

Stubborn economic and product-safety issues that hurt sell-through of nonfood seasonal imports in 2008 continue to temper retailer expectations for 2009. As buyers head to Asia this month to order holiday seasonal items for the rest of this year, it's a safe bet that store shelves in December will reflect today's cautionary attitudes. Buyer activity will center on basics they know from factories they

Stubborn economic and product-safety issues that hurt sell-through of nonfood seasonal imports in 2008 continue to temper retailer expectations for 2009.

As buyers head to Asia this month to order holiday seasonal items for the rest of this year, it's a safe bet that store shelves in December will reflect today's cautionary attitudes.

“Many retailers will cut back. The uncertainty of the economy makes this very difficult to predict,” added a midsize operator.

People need to eat, but they don't need to buy nonfood seasonal imports, even if they do add cheer around the holidays. Tight times, as well as grocers' small share of this business, have the channel anticipating nominal growth, if any, in 2009.

Though retailers and wholesalers would like to count on the high margins of nonfood seasonal imports — especially if the United States economy improves under a potentially massive stimulus plan by the Obama administration — they fear suffering once more from the same idle inventory and markdowns that bled their efforts in 2008.

“Most every retailer looked at both a hefty markdown and a possibly significant carryover of seasonal products. Customers aren't spending on products they don't absolutely need, or they're buying much less than in prior years,” William H. Mansfield, Jr., president and chief executive officer of VIP International, a Garland, Texas-based consultancy, and a veteran supermarket executive, said in an interview after the dismal Christmas season ended.

“Retailers with a formal seasonal measurement process quickly identified success stories and ‘what's left’ following their final markdowns. Carryover of seasonal merchandise has never been a practice of successful retailers, but this coming year may be different. An accurate seasonal carryover inventory, by store, will help retailers manage their business for future seasonal buys,” he added.

“It may be necessary to rebalance inventory between stores in order to plan properly for 2009,” said Mansfield, who also urged prudence in '09 seasonal purchases.

Sources generally agreed on a conservative playbook this year because of widespread doubt about favorable trends emerging soon in either unemployment rates, housing prices or food inflation, as well as the volatility in ocean freight rates and energy costs that are beyond U.S. control, and are affected by global conflicts and international demand.

“We have to be more selective than ever when importing products. Clearly, our focus will be to sell more basics, while making certain we're providing quality to our customers by securing the best prices and passing the savings along,” said Michael Sleeper, CEO of Imperial Distributors, Auburn, Mass., which supplies nonfood seasonal imports to more than 800 retail doors in the Northeast and mid-Atlantic regions, including operators Market Basket, Roche Bros., King's, Foodtown and Thriftway.

Interviewed by SN, Sleeper expressed the collective views of Don Polsi, vice president, seasonal merchandise at Imperial; Al Jones, senior vice president, procurement; and Joe Kirby, director of category management, to questions submitted in advance. “The level of supermarket performance in nonfood seasonal imports will be a function of how deep and pervasive the economic struggle is,” Sleeper said. “We think shopper traffic may be impacted in some of our higher-end retailers. While affluent shoppers may be less inclined to price sensitivity, we keep hearing that Wal-Mart and club stores are up, partly because they're drawing traffic from higher-end chains.”

Still, Sleeper tries to hold out more hope than other sources. “Normally, I'd expect slower growth in 2009 based on the economy. But depending on President Obama's growth stimulus package and the unemployment rate, our next seasonal show in March could be stronger than anticipated, and consumer spending can change pretty quickly. Shoppers' mind-set is key,” said Sleeper, who has weathered many recessionary cycles in his tenure serving supermarkets.

At Imperial's pre-booking seasonal show last October for spring-summer 2009 import merchandise, “we were extraordinarily pleased with the increases from our retailers. We expected to see cutbacks, given the slowing of the economy. But we managed the overall show better, and instead of being overly cautious, retailers were appropriately positive in their buying,” said Sleeper. “This is why we look to our upcoming March show as a pivotal time for the next holiday/Christmas season.”

Still, aware of traffic trends at stores Imperial serves, the distributor has an innate caution that lies not only in the pricing and mainstream taste of imported goods, but in the product-safety assurances it can elicit from manufacturers.

“We want to see documentation that factories are submitting products to testing labs, such as Schuster and ACTS, for product safety. The last thing we want to do is bring in product that adds efficacy questions,” stressed Sleeper.

The continued closing of factories in China could “create a chain of events that we might not be able to foresee,” he said. “For us, sourcing is about knowing which factories can give us a high level of reliability. It's not just finding the lowest prices. Intrinsic value includes assurances that the factories will deliver on time.”

With respect to product safety, noted Unified's Ishii, “China will attempt to bring about great change, but it remains to be seen how effective they can be.”

If China fails to inspire confidence in product quality and safety, it could give U.S. retailers another reason besides price to seek alternative sourcing in other nations such as Vietnam, Indonesia, Malaysia, India and Mexico. Sleeper visited the emerging economy of Vietnam a year ago. He believes the country will become “a major player in seasonal imports in five years.” He described India as a “player in stainless steel and domestics.” For the near future, however, China remains dominant, with an import share estimated at greater than 75%, he noted.

To this, Ishii added: “The likelihood of much production changing is questionable because of the infrastructure and production capacity that presently exists in China.”

The prospect of lower cost of goods alone doesn't thrill Mansfield if U.S. sales trends don't improve. “Changing the country of origin for a lower cost may not help. After all, if merchandise only sells at 50% off, what have we gained with a lower cost?”

At least it looks as if U.S. retailers might bear less of a burden in ocean freight rates in 2009 compared with 2008, since oil has fallen to around $40 per barrel from last year's peak of $147. According to a December article in Purchasing magazine, “Ocean freight rates are plummeting. … And even if demand comes back in 2009, there is still a strong chance of overcapacity due to the shipbuilding order boom that took place when rates were at their peak.”

J.K. Buck, president of Direct Source International, an import buying agent based in Cincinnati, said, “We forecast total logistical costs to decrease in 2009. However, transportation companies are pulling capacity off the market to stabilize rates. We're seeing a deflationary environment in both transportation and cost of goods compared with six months ago, but it's not making supermarkets sense less risk. The economy is driving everything right now.

“The total sales pie might be shrinking,” he added, “but it's still a game of market share, and supermarkets could get more.”

63%
Respondents who said more consumers seek products not made in China with 35% of those looking for made-in-USA products.
Source: Supermarketnews.com Quick Poll. (Question: How have the controversies over Chinese products impacted sales?)