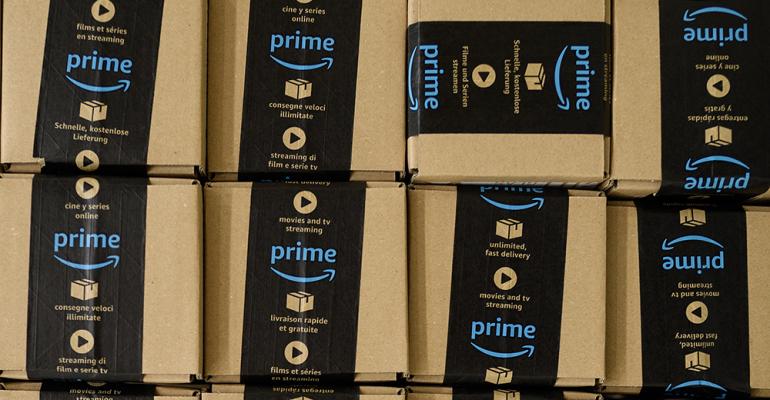 Amazon hikes cost of Prime by 20%

Even as it reported huge jumps in sales and earnings, Amazon.com Inc. slipped in some bad news for Prime members during its fiscal 2018 first-quarter earnings call.

Chief Financial Officer Brian Olsavsky said late Thursday that starting on May 11, the annual price of Amazon Prime will rise from $99 to $119 for new members. Those renewing their memberships will pay the increased price beginning June 16. “The value of Prime to customers has never been greater. And the cost is also high, as we pointed out especially with shipping options and digital benefits, we continue to see rises in costs,” Olsavsky (left) told analysts in the call before announcing the price hike.

“Prime provides a unique combination of benefits, and we continue to invest in making the Prime program even more valuable for our members,” he noted. “As a reminder, we haven't increased the U.S. annual price of Prime since our single increase, which was in March of 2014.”

And just over a week ago, founder and CEO Jeff Bezos said in a letter to shareholders that Amazon Prime membership tops 100 million worldwide, and more new members joined in 2017 than in in any previous year, both globally and in the United States. Prime is expected to form the basis of an upcoming grocery rewards program including Whole Foods Market, acquired by Amazon in August 2017.

“The Prime program continues to drive great strength in our top line, as you've seen over the last few years actually,” Olsavsky said in the call. “We continue to increase the value of Prime, including speed selection and digital entertainment options. We've been expanding free same-day shipping and one-day options. And our two-day shipping, it's now available on over 100 million items, up from 20 million as recently as 2014. And we continue to add digital benefits like Prime Video.”

Overall, Amazon reported first-quarter revenue of $51.04 billion, up 43% from $35.71 billion a year earlier. Excluding the $1.6 billion favorable impact from foreign exchange rate changes, net sales grew 39% versus a year ago.

Analysts, on average, had forecast adjusted earnings per share of $1.27, with estimates ranging from a low of 66 cents to a high of $1.89, according to Thomson Reuters.

“The ability in 10 cities to get Prime Now deliveries of Whole Foods groceries is an added benefit for people in those markets,” Olsavsky said in the Q&A session with analysts. “So as far as Whole Foods, specifically the question of what we'll look at as far as expanding that grocery delivery, we're going to use the 10 cities as a test and see how customers respond — just like we always do — and make sure that our deliveries are great for those people. And then we'll announce expansion plans once we digest the feedback we get from customers.”