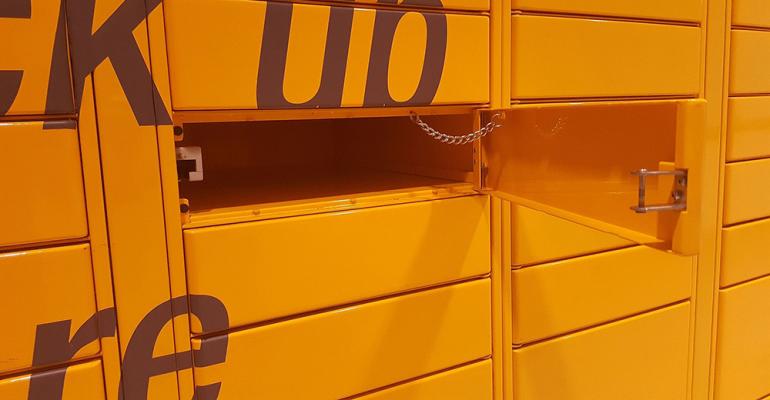 Report cites 11% increase in “micro-visits” in stores with lockers

The number of quick shopping trips to Whole Foods Market has increased at locations where the retailer has added e-commerce pickup lockers from its parent Amazon, according to a new research report.

Through the first few months of 2018, visits lasting between three and five minutes — called micro-visits — have increased 9% over year-ago levels at Whole Foods stores with lockers in the chain’s top 10 markets, according to digital marketing firm inMarket.

Since Amazon completed its acquisition last August, micro-visits have increased 11% at stores with lockers, compared with 7% at stores without lockers, inMarket said in the report, which tracks customer traffic via location data.

Despite the increase in short visits, the average dwell time in Whole Foods has actually increased about 0.2%, the report found, citing the overall increase in trips, most of which last longer than five minutes. Foot traffic at Whole Foods has increased 0.49% since last August, and is up 1.28% in 2018, compared with a year ago, inMarket reported.

“Much like a convenience store in dealing with gas customers, it’s up to Whole Foods to capitalize on the short visitation via impulse buys and low-consideration products,” inMarket said in the report. “As the relationship evolves, it wouldn’t be surprising to see Amazon surround its in-store lockers with convenience-style products to drive incremental sales on short visits.”

Amazon began rolling out the lockers in 2011 to allow consumers to pick up items ordered online. The company sends customers a code to unlock the lockers, into which ordered items have been placed.

The lockers have been rolled out to more than 2,000 locations in 50 cities worldwide, according to Amazon.

There are now lockers in 76 of Whole Foods’ 473 locations, according to a Reuters report. Amazon has also rolled the lockers out to more than 300 7-Eleven convenience stores, according to reports.

According to research conducted by Chain Store Guides last year before the Whole Foods rollout of Amazon lockers, convenience stores were the largest retail channel for the service, followed by grocery stores. In addition to Whole Foods, other supermarket banners that host lockers include Safeway, Albertsons, ShopRite, Food City, Food Bazaar, Gristedes and several Supervalu banners, among others.

Supervalu- and Albertsons-owned banners together accounted for about 80% of the nearly 300 supermarket locations hosting Amazon lockers, according the Chain Store Guides research.

An Amazon spokesperson was not immediately available for comment about whether the company would continue to place lockers in supermarkets other than Whole Foods.