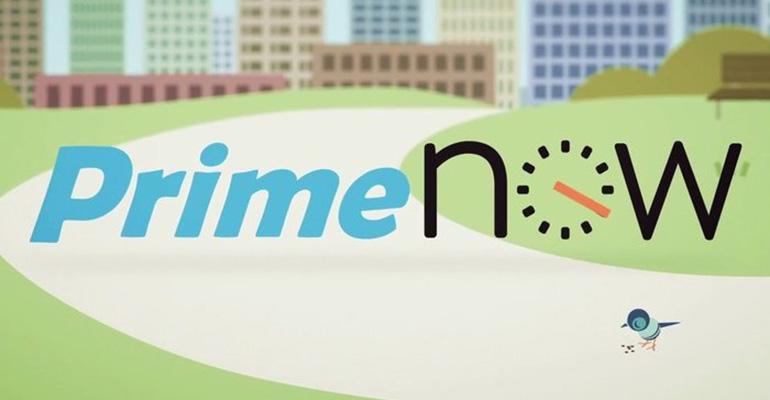 Ordering grocery delivery from Whole Foods using Amazon Prime Now may be cheaper than buying from Kroger using Instacart, despite higher in-store prices at Whole Foods, according to new research from Barclays Capital.

In a recent price check in Cincinnati, Kroger’s headquarters market, the Barclays research found that ordering two-hour delivery from Whole Foods using Amazon Prime Now yielded discounts of between 2% and 7% for baskets of $35-$50, not counting the $99 annual membership fee for Amazon Prime. (Barclays said given the large number of Amazon Prime members in the U.S. — about 75 million — most customers would not likely view the fee as an incremental cost.)

Barclays said the expanding rollout of delivery through Amazon Prime Now “could be a game changer” for Whole Foods.

“If the offering gains traction, it would clearly have negative implications for the sector as it could lead to lower prices and margins for most operators,” Barclays said in the report.

The in-store price checks in Cincinnati found that Whole Foods was priced 14% higher on a total basket, but the differential varied widely by category, with fresh items about 18% higher than Kroger and center store items about 11% higher. Within perishables, produce was priced 29% higher at Whole Foods, dairy carried a 17% premium and proteins were 5% higher. Frozen foods were 18% higher at Whole Foods, and other center store items were 13% higher.

The overall price gap “was narrower than we expected and may be due to Kroger feeling less of a need to be a price leader in its hometown given its dominance,” Barclays wrote in the report.

The report found that nonfood items at Whole Foods were only priced 3% higher than they were at Kroger, and Barclays noted that given Amazon’s purchasing power in these items, the company could choose to “reinvest” synergies from these items into lower food prices.

Barclays also surveyed about 400 Amazon Prime members in the Cincinnati and Dallas markets, and found that about a third of consumers in both markets believe Whole Foods prices have improved since the chain’s acquisition by Amazon last August. In addition, about the same proportion of consumers in both markets said they shop more at Whole Foods since the acquisition — a trend that is particularly prevalent among younger consumers.

Amazon launched the Rewards Visa card last year, offering Amazon Prime members 5% cash back for for all Amazon.com purchases. Last month it said it would make the benefit available for Whole Foods purchases as well. Shoppers who are not Prime members will still get 3% back for using the card.

Other recent reports have also indicated that Whole Foods has sharpened its pricing since the Amazon acquisition. A report last month in the Austin American-Statesman said a price comparison on a basket of 25 items conducted six months following the acquisition showed that the price had fallen 6% from the level of a few days before the acquisition closed.

Only one item in the basket increased in priced in that time — an SKU of Noosa yogurt, which was up about 15% — and a handful of prices did not change.

“Amazon is trying to shed the 'Whole Paycheck' stigma at Whole Foods, and they clearly identified some key categories where they didn't think they were competitive and dropped some prices,” said Darren Seifer, a food and beverage analyst with market research firm NPD Group, in an interview with the American-Statesman.

The Fresh Market raises the bar for curbside pickup
Jan 12, 2021