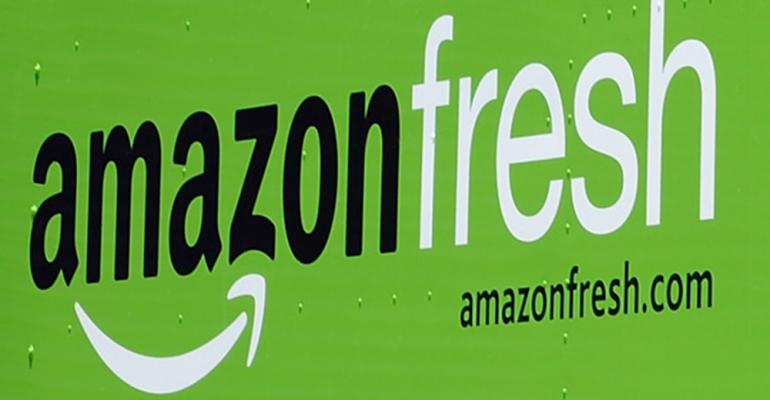 Amazon on Tuesday revealed details of its grocery click-and-collect sites in Seattle, saying the offering, to be branded AmazonFresh Pickup, would provide a full array of grocery and household items available for online ordering and pickup, free to its Prime members.

The sites, located in Seattle’s Sodo and Ballard neighborhoods, are currently open only to Amazon employees in a beta test. The company did not reveal additional locations for the concept, but Scott Mushkin, an analyst at Wolfe Research, said this week he expected the Seattle-based e-commerce giant to open as many as 30 such outlets this year.

The offering represents Amazon’s second stab into physical retail food sites in recent months: The Amazon Go convenience store, which opened in beta form in December, also in Seattle, utilizes technology allowing shoppers to select from stores shelves and carry out without stopping for checkout. That store, which officials had expected would open to the public as soon as this month, has postponed its public opening while the company addresses technical issues, the Wall Street Journal reported Monday.

In both cases, Amazon’s new food stores rely on the consumer to provide the “last mile” of delivery to their homes, overcoming a cost impediment that until now has made breaking into grocery problematic for “pure-play” e-commerce sites like Amazon. And though they would restrict shopping to Prime members, who pay $99 a year, the group represents an attractive demographic that likely comprises some of the best customers of existing food retailing competitors.

The offering allows shoppers to shop online and select a delivery time. Amazon said orders could be ready in as little as 15 minutes. Customers can pull in to any of several drive-up spaces at the store where employees will load groceries into their cars “within minutes,” the company said.

The company said the sites would offer “thousands” of grocery and household items including fresh meat, produce, bread and dairy, but declined to SN’s request to describe the SKU count in more detail.