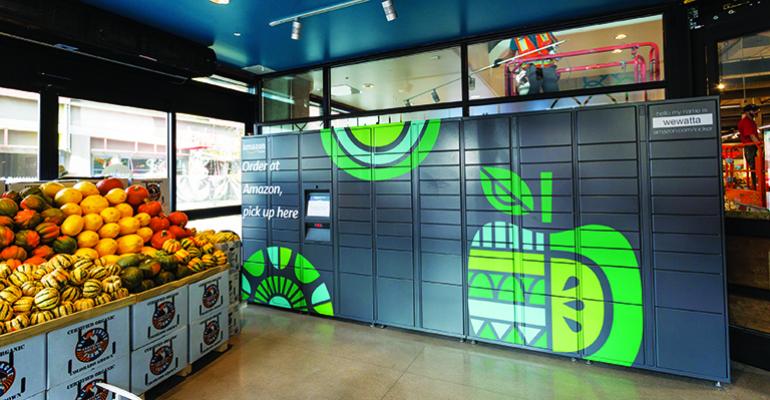 The following are the 10 largest online sellers of groceries in 2017, based on data provided by PlanetRetail RNG, along with the percentage increase compared with 2016 sales.

To calculate sales for the Digital Top 10 list, PlanetRetail RNG estimated sales of groceries — defined as items typically purchased in supermarkets — conducted through retailers’ websites and apps, and added in sales volumes estimated to come through third-party firms such as Instacart.

New to the list this year is HelloFresh, debuting at No. 7, knocking Wakefern/Shoprite out of the ranking. This year Kroger also overtook meal kit provider Blue Apron to gain the No. 4 position. 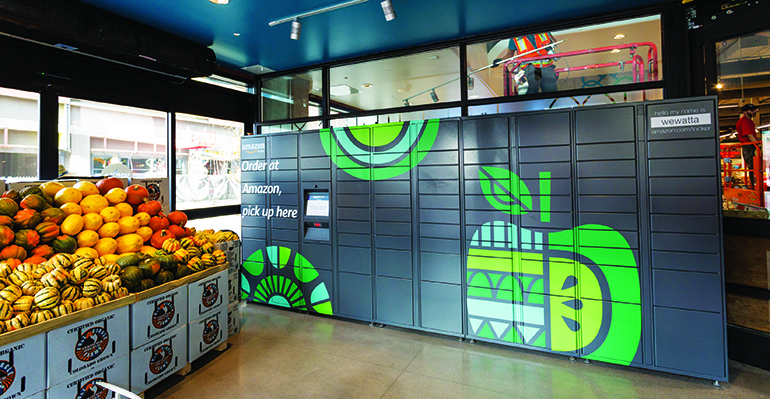 In addition to sending shock waves through the entire food retailing industry, Amazon’s August 2017 acquisition of Whole Foods began impacting the combined companies’ grocery volumes in several ways. One of the first moves the Seattle-based e-commerce behemoth made was to begin offering Whole Foods’ 365 private label brand online, which generated $11 million in sales for Amazon in 2017, according to One Click Retail, a sister company of PlanetRetail RNG. Early this year, Amazon began offering delivery from Whole Foods in several markets through its Amazon Prime Now service, and has continued to expand the availability of that offering to new markets. Many observers see Amazon consolidating its various grocery offerings — Prime Now, Amazon Pantry, AmazonFresh and Whole Foods — into a more cohesive offering in 2018, a process that has already begun with the merger of Prime Now and AmazonFresh. Although the Whole Foods acquisition gave Amazon 470 new potential pickup points for online grocery orders, Amazon’s e-commerce grocery sales remain overwhelmingly delivery-based, and tend to be smaller than the full grocery shops typically conducted through the websites of traditional food retailers, according to a report earlier this year from Coresight Research. That report noted that about 59% of consumers who bought groceries online last year shopped at Amazon, vs. 26% at Walmart. 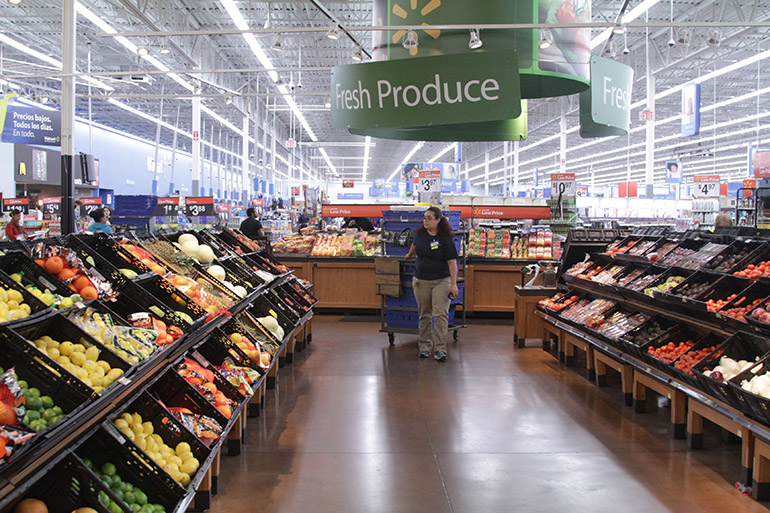 Walmart continues to prioritize e-commerce expansion overall as it remains a distant No. 2 in the online grocery market, and 2017 saw the Bentonville, Ark.-based retailer make several moves to boost its capabilities in that area. The retailer’s online grocery volume increased by more than half a billion dollars during the year, according to Planet Retail data. In its 10-K annual filing with the Securities and Exchange Commission, Walmart said it expanded to more than 1,100 grocery pickup locations last year, and it plans to add another 1,000 locations in 2018. The company also moved to position Jet.com as a more viable grocery e-commerce player, adding a private label food line, Uniquely J, and bringing in a veteran grocery e-commerce executive, Simon Belsham, formerly with Tesco.com, as president to oversee Jet.com operations. 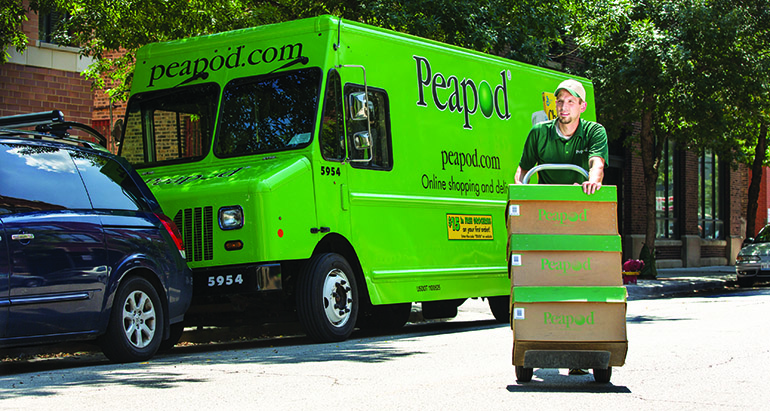 The Zaandam, Netherlands-based parent of the Peapod grocery e-commerce pioneer saw a significant increase in sales in 2017, following the 2016 merger of the Ahold and Delhaize organizations. In addition to its Peapod delivery arm, which operates as a grocery e-commerce pure play in the Chicago market and supports the company’s banners in an expanding range of other markets, Ahold Delhaize’s individual banners also generate an increasing volume of online sales through Instacart. The delivery service expanded its partnership with several Ahold Delhaize banners in 2017 to a number of new markets, including Boston and Philadelphia. 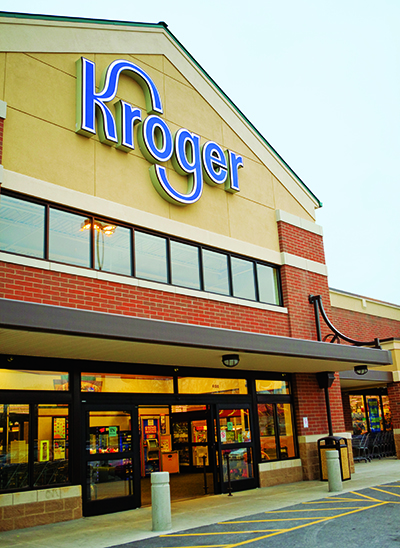 Cincinnati-based Kroger continues to expand its e-commerce options with a combination of store pickup and home delivery, primarily through Instacart. The service, dubbed ClickList at most of the 1,065 locations and ExpressLane at the Harris Teeter banner, has been a significant success for Kroger, executives said. The company also just inked a partnership with U.K. online retailer Ocado (see story on page 24). In a recent interview with Bloomberg, Rodney McMullen, Kroger’s chairman and CEO, said customers continue to shop the retailer through multiple channels. “The customer, when they start going online, they still physically go into the store,” he said. “The customer wants to do it on their terms, not our terms.” 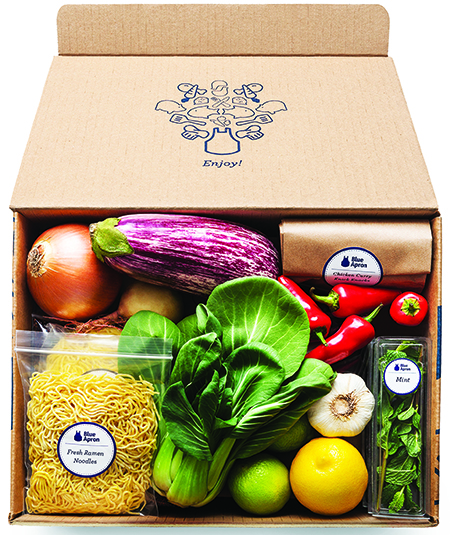 Online meal kit provider Blue Apron pulled back on its marketing in 2017 as the New York-based company attempted to stem the losses incurred in its ongoing battle to find and retain customers. Once the dominant player in the meal kit market, its share has slipped against inroads made by Germany-based HelloFresh and growth among other meal kit companies. Recently Blue Apron said it would veer from its subscription-only business model and began offering its meal kits in some Costco. 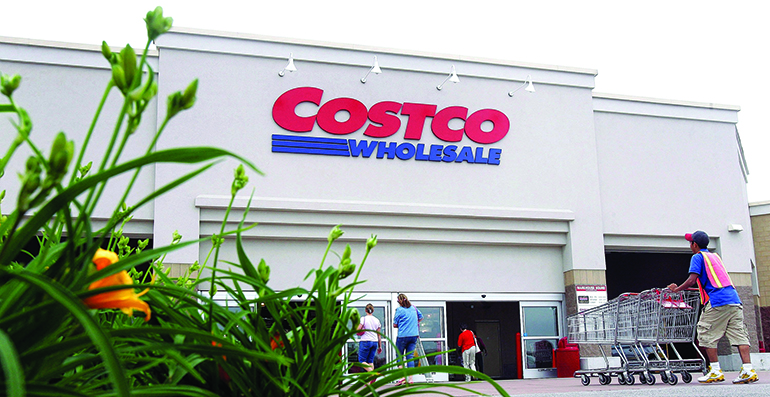 Issaquah, Wash.-based Costco took several steps toward expanding its e-commerce capabilities in 2017, including some efforts around driving online grocery sales. The company launched delivery through Instacart last October, and by the end of its fiscal year in February the service was available in 441 Costco locations. The company also expanded the availability of its two-day shipping option for dry grocery products. While online sales grew 33.7% through the first half of the company’s fiscal year, grocery products account for a relatively small percentage of that total. Online sales accounted for about 4% of Costco’s total sales volume in 2017. 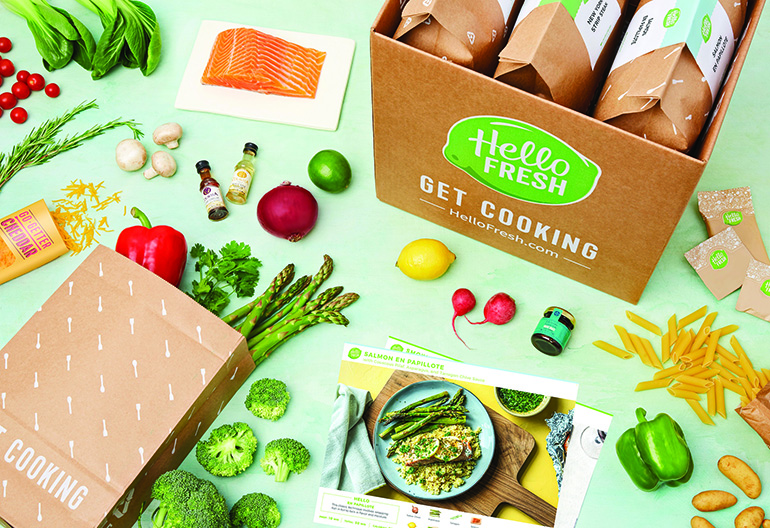 Berlin-based meal kit specialist HelloFresh ramped up its U.S. volume substantially in 2017, more than doubling its active customer base and nearly doubling its total sales volume. It also more than doubled the total number of meals it delivered in the U.S. in 2017, to about 20.7 million. In addition, early this year the company announced the acquisition of Boulder, Colo.-based Green Chef Corp., a provider of organic and diet-specific meals that is expected to add about $15 million in sales per quarter, according to HelloFresh. The company said it expects to break even in the fourth quarter of this year and grow revenues by about 25% to 30% overall. 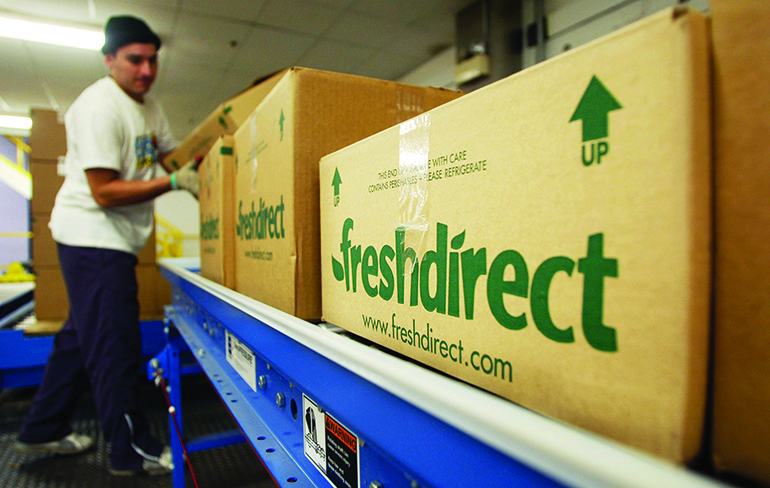 Pure-play e-commerce grocery company FreshDirect, based in New York, continued to expand to new markets in 2017. In April of last year, it began delivery in the greater Washington, D.C., area, including Arlington and McLean, Va., and Bethesda, Md. The company launched the service from a new facility it opened in Prince George’s County, Md., funded in part by a $189 million investment led by JP Morgan Asset Investment in late 2016, according to a report on technology news provider Recode.net. The company, which expanded into the Philadelphia market in 2012, also continued to promote its FoodKick one-hour delivery service in New York. FreshDirect now offers delivery in seven states and the District of Columbia. 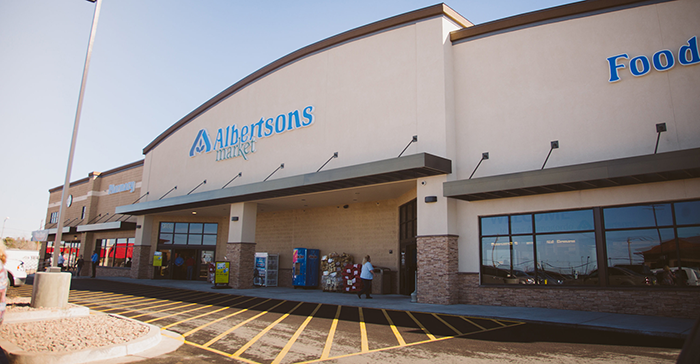 Boise, Idaho-based Albertsons expanded its online grocery capabilities significantly in 2017 through several initiatives, including same-day delivery, one- to two-hour delivery via Instacart and its store pickup service, dubbed “Drive Up and Go.” As of year-end, Albertsons said it offered grocery delivery in eight of the top 10 metro markets in the U.S., through its own network of more than 1,000 company-owned delivery trucks and 1,700 stores that offer Instacart delivery. Last September, Albertsons announced the acquisition of Plated, estimated to be the fifth-largest meal kit subscription service with a 5.7% share of the $5 billion meal kit subscription market. Plated operates from five distribution centers. 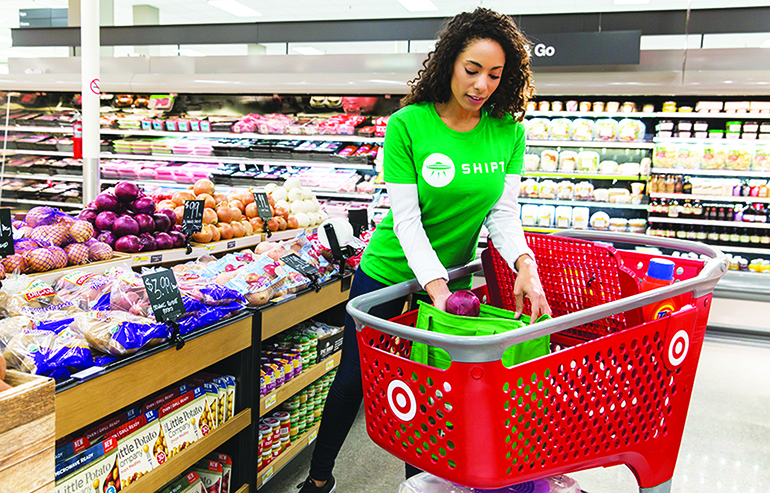 Target’s $550 million acquisition of third-party grocery delivery platform Shipt, which came at the close of 2017, is expected to ramp up Target’s grocery delivery capabilities significantly this year. The Minneapolis-based retailer said it expects to offer same-day delivery through Shipt in most major markets by the end of 2018. As of March of this year, the service was available from 455 Target locations. Target also began offering free, two-day shipping, and stressed the viability of its store-based picking model, in which it offers delivery from individual stores rather than warehouses.