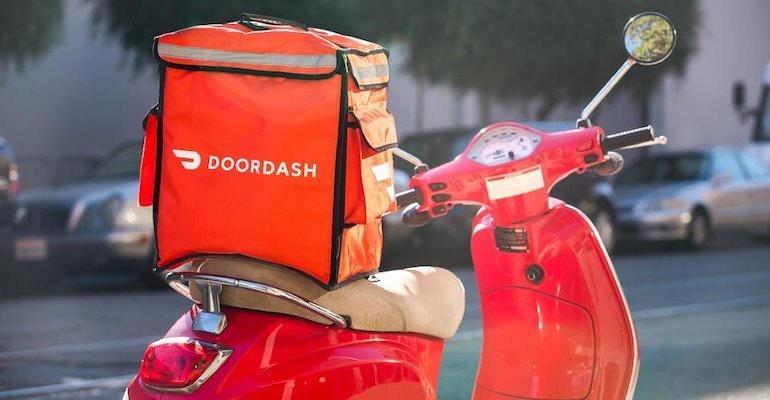 DoorDash Inc., the online food delivery service, made its debut on the New York Stock Exchange Wednesday, closing up more than 85% at $189.51 a share.

San Francisco-based DoorDash on Tuesday said it planned to raise $3.4 billion in an offering of 33 million shares at $102 each, up from its revised range of $90 to $95 a share.

The company had originally filed its initial public offering for the same number of shares at a range of $75 to $85. At pricing, DoorDash commands a fully diluted market value of about $38.2 billion, 28% higher than originally anticipated.

The company was trading under the ticker symbol DASH on the New York Stock Exchange.

DoorDash is officially on the @NYSE! We’re proud to take the next step toward our mission of growing and empowering local economies. https://t.co/5OuZDxMN2Z

The IPO marked a year that saw third-party delivery companies, including publicly traded Grubhub and Uber Inc.’s UberEats, benefit greatly from increased demand for the services amid the lockdowns, quarantines and other restrictions of the COVID-19 pandemic, which was declared in March.

DoorDash, founded in 2013, offers delivery services in more than 4,000 cities and all 50 states across the United States, Canada and Australia.

In August, DoorDash announced plans to expand its presence in the grocery delivery space with the launch of its DashPass subscription service, in which customers pay $9.99 per month for unlimited free deliveries for orders of at least $12.

Initial grocery retail partners for the new service include Smart & Final, Meijer, Fresh Thyme Market, Hy-Vee and Gristedes/D’Agostino. According to Fuad Hannon, head of new verticals at DoorDash, the first phase of the rollout will give more than 75 million Americans access to online ordering and delivery from a grocery store via DoorDash.