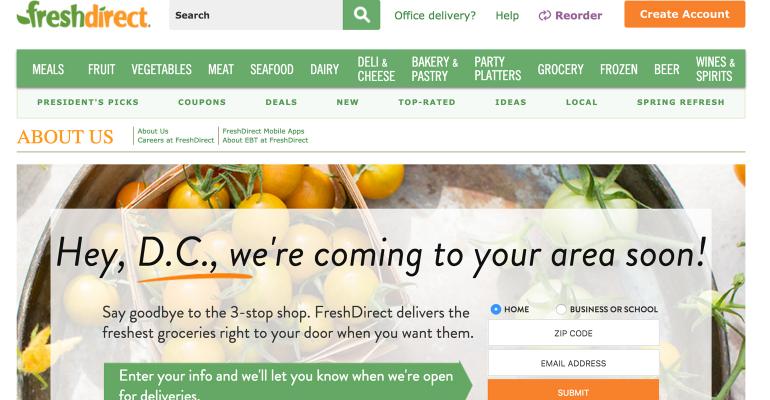 Online grocer FreshDirect will be launching service in the Washington, D.C. market in the near future, a spokesman for the company told SN Friday.

The New York-based retailer last month indicated it planned to launch service in a new city in the second quarter, but did not say where.

The Washington Business Journal however this week reported that visitors to FreshDirect’s website in the Washington area are seeing ads that say “Hey, D.C., we’re coming to your area soon!” In addition, job postings at the retailer’s website are seeking a business manager and route delivery driver for a Capitol Heights, Md. location from which it will launch service shortly.

A spokesman for the company in an email to SN Friday confirmed the forthcoming Washington expansion but declined to provide additional details.

FreshDirect said last month its expansion would be funded in part through $189 million in new financing it received last year. Its plans call for expansion to additional geographies in 2018, officials said.