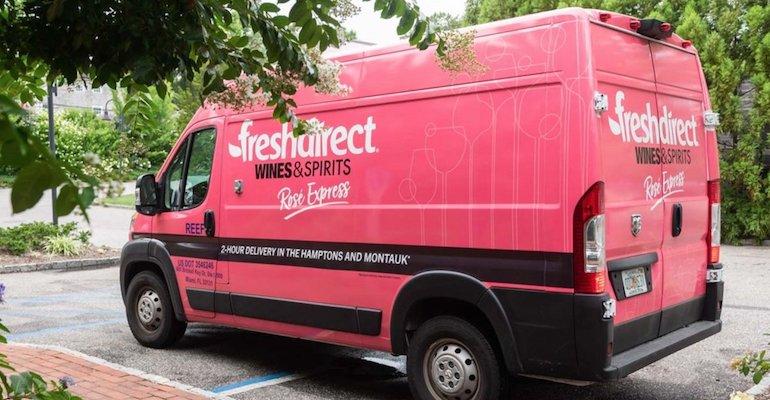 FreshDirect
This summer, FreshDirect's Rosé Express will bring same-day delivery of grocery and two-hour delivery of wine, beer and spirits to the Hamptons and Montauk communities on Long Island’s South Fork as well as to the nearby areas of Bellport, Shelter Island and the North Fork.
News>Online Retail

Related: FreshDirect takes its fresh food message to the rails

“When we introduced the Rosé Express last summer, our goal was to provide a unique and convenient service for our customers in the Hamptons. The positive response was overwhelming, and after an outstanding first season we are excited to bring the Rosé Express back,” Dave Bass, managing director at FreshDirect, said in a statement.

“As we celebrate our 20th anniversary this year, we continue to look for the best ways to serve our customers, meet them wherever the season finds them, and bring them everything they need to celebrate summer with family and friends,” Bass added.