The Giant Company held a grand opening for the new Giant Direct E-commerce Fulfillment Center in Philadelphia on Nov. 8, with company executives and local leaders in attendance.

The 124,000-square-foot automated EFC is located at 3501 Island Ave., now serving customers in the Center City and South Philadelphia neighborhoods.

Starting Nov. 16, the facility to begin filling delivery orders for the eight towns in southern New Jersey, with more to follow.

The Giant Company is the first Ahold Delhaize USA chain to implement the EFC technology, which includes robotics, machine learning and vertical integration.

After orders are placed, associates work at picking stations alongside robots that quickly gather the items.

In the automated facility, fresh and nonperishable groceries are conveyed in totes.

Giant said the new EFC will fill up to an estimated 15,000 home delivery orders per week.

The Philadelphia EFC will stock more than 22,000 products, mirroring the selection of a Giant supermarket.

“I’ve been pleased with and proud of Giant’s work in Philly over the last few years,” Philadelphia Mayor Jim Kenney said at the opening. 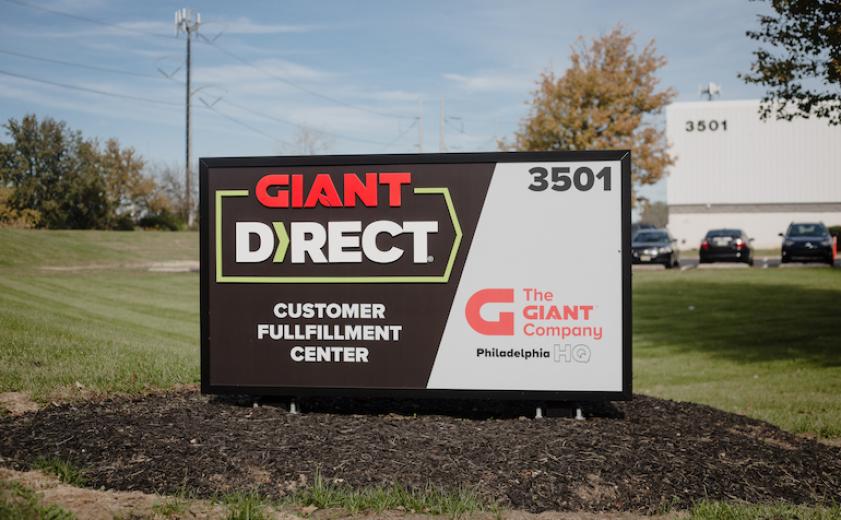