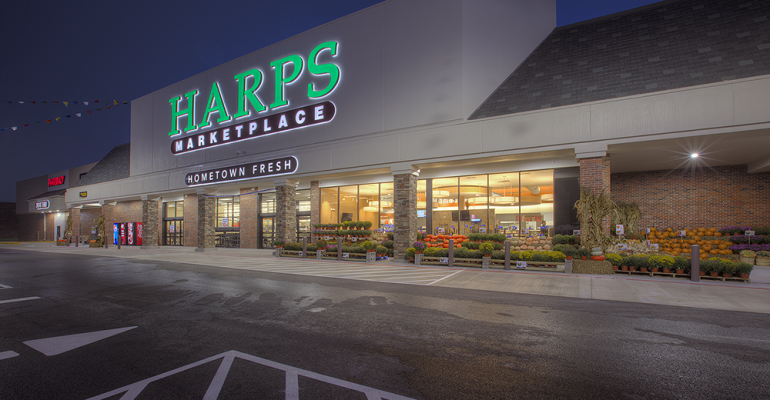 Arkansas-based retailer latest to sign on with grocery delivery leader

Harps Food Stores has announced a partnership with Instacart, which will bring grocery delivery to select Harps Foods trade markets in Arkansas, Oklahoma, Kansas and Missouri. Beginning today, Harps customers who visit these select stores can order their favorite groceries and everyday essentials to be delivered by Instacart straight to their door in as little as two hours.

“We are a customer-focused company and are always looking for new ways to make shopping more convenient,” said David Ganoung, vice president, marketing, Harps. “The option of home delivery complements our dedication to providing our customers with convenience and quality, making it even easier to shop with us.”

Harps operates 89 stores in Arkansas, Oklahoma, Kansas and Missouri, with its 90th store scheduled to open Nov. 14th in Claremore, Okla. With Instacart’s partnership with Harps, the grocery delivery service is now available in select Harps trade areas, with more store locations expected to be added as soon as January 2019.

“Instacart is proud to partner with Harps to make grocery shopping effortless for customers and families across the United States,” said Sarah Mastrorocco, vice president of business development, Instacart. “In partnership with Harps, Instacart is again expanding its North American footprint, which today reaches more than 70% of U.S. households, to deliver customers the groceries they want from the local retailers like Harps that have been a part of their families for generations.”

For Instacart, the deal with Harps is just the latest in a series of moves expanding its business in North America, including plans to build a Canadian technology hub. The e-grocery marketplace serves more than 15,000 grocery stores in 4,000 cities in North America — covering over 70% of U.S. households and more than 50% of Canadian households — and has 50,000 personal shoppers and 600 full-time employees.

“The U.S. is nearly a $1 trillion grocery market, and last year we saw almost every major grocer in North America bring their delivery business online in a significant way. We believe we’re in the very early stages of a massive shift in the way people buy groceries, and we expect that one in five Americans will be shopping for their groceries online in the next five years,” Apoorva Mehta, founder and CEO of Instacart, said earlier this year.