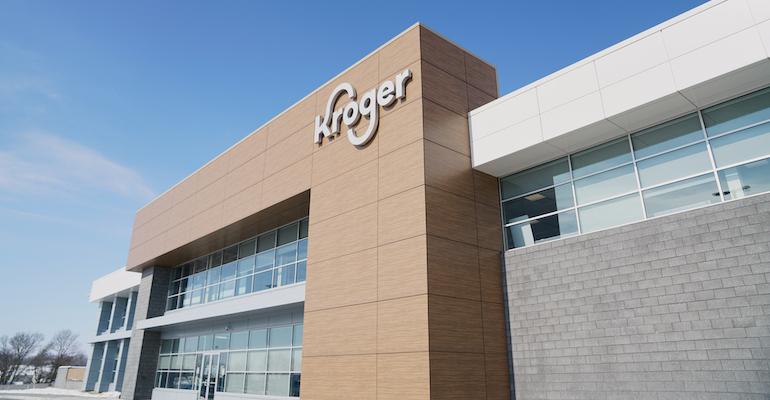 Kroger
Kroger didn't specify the location of the planned North Carolina customer fulfillment center but said it would launch within 24 months of ground-breaking.
News>Online Retail

The Kroger Co. plans to build an Ocado-powered automated warehouse in North Carolina to fill online orders, marking the 16th customer fulfillment center (CFC) that the supermarket giant has announced.

Plans call for the 200,000-square-foot North Carolina CFC to go into operation within 24 months after ground-breaking on the site, Cincinnati-based Kroger said Wednesday. The company didn’t specify the location of the North Carolina facility but had announced in October that it planned to construct a CFC in the South.

“The acceleration of our delivery business continues with the development of an additional customer fulfillment center, advancing our commitment to creating career opportunities and serving shoppers fresh food fast through interconnected, automated, and innovative facilities and last-mile solutions across America,” Gabriel Arreaga, senior vice president and chief supply chain officer at Kroger, said in a statement. “The company looks forward to serving new and existing customers across North Carolina,” he added.

Other CFCs include locations in Forest Park, Ga.; Dallas; Frederick, Md.; Phoenix; Pleasant Prairie, Wis.; and Romulus, Mich., as well as unspecified sites in the Pacific Northwest, West and Northeast, the latter representing another location where Kroger lacks stores. The retailer also has announced plans for two CFCs in Southern California and two more in Florida. 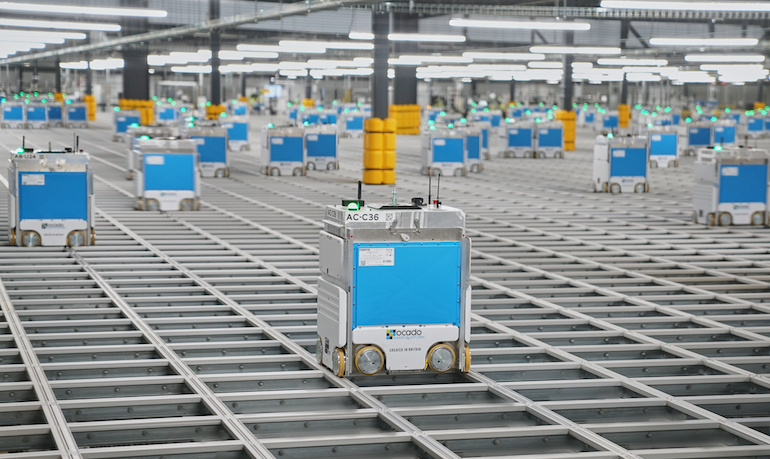 The Ocado CFCs use automation and artificial intelligence to service online grocery orders.

Kroger and United Kingdom-based Ocado unveiled their partnership in May 2018, at which time they planned 20 CFCs in the United States over the ensuing three years. The Ocado CFCs use automation and artificial intelligence to service online grocery orders, and the facilities are expected to expand Kroger’s products to a larger geographic footprint, including in areas where retailer doesn’t operate stores.

“We’re excited to come to North Carolina in partnership with Kroger,” commented Luke Jensen, CEO of Ocado Solutions, which has its U.S. headquarters in Tyson, Va. “As demonstrated by the two state-of-the-art CFCs already live in other parts of the country, Ocado is helping Kroger to establish a new high-bar in the type of quality and service that U.S. grocery shoppers can receive online. We can’t wait for customers across North Carolina to experience online delivery, enabled by Ocado’s unique technology.”

The Kroger Co. operates supermarkets in North Carolina under its Harris Teeter subsidiary. Through its Mid-Atlantic division, Kroger disclosed plans in mid-2018 to cease operating Kroger-banner stores in the state and focus on its Harris Teeter brand in the region.

The North Carolina CFC, part of the Kroger Fulfillment Network, will employ up to 700 associates over the next five years, according to Kroger.

“As e-commerce continues to grow, I’m pleased Kroger will locate this highly advanced fulfillment center in our state,” North Carolina Gov. Roy Cooper stated. “From our hard-working and skilled people to our advanced transportation networks and overall business climate, North Carolina offers the right ingredients for a modern business to succeed.”