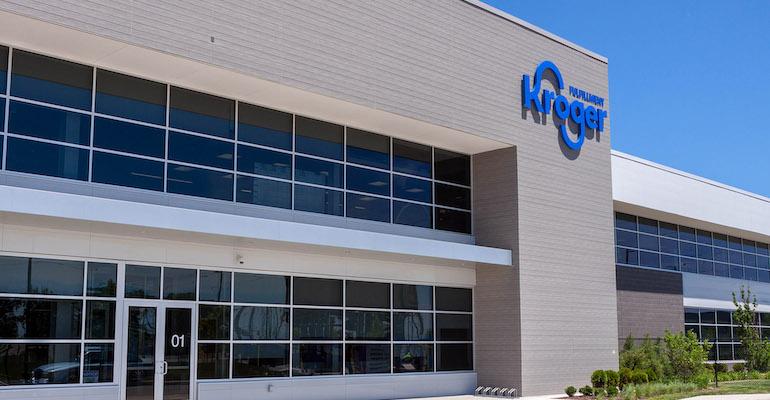 The Kroger Co. has officially opened a new Ocado Group-powered customer fulfillment center (CFC) in the Detroit area under its partnership with the United Kingdom-based e-grocery specialist.

The 135,000-square-foot CFC, located on Wahrman Road in Romulus, Mich., will help fill online grocery orders for Kroger Delivery service in the greater Detroit area, Cincinnati-base Kroger said yesterday. Reaching customers up to 90 minutes from the site, the facility will employ more than 700 associates as Kroger expands delivery service across southeast Michigan.

“Kroger has served customers in the state of Michigan for more than a century, and we are thrilled to bring Kroger Delivery to greater Detroit,” Bill Bennett, vice president and head of e-commerce. 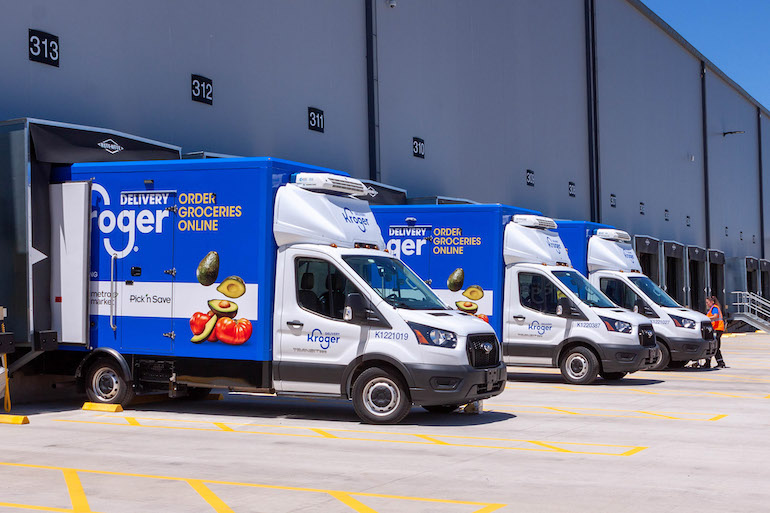 The CFCs have a delivery service radius of about 90 miles, extended if they're supported by a spoke facility.

“From the refrigerated trucks, to the trained and uniformed drivers, to the white-glove delivery experience at the door, Kroger Delivery brings that same zero compromise experience to a new delivery option for customers,” he noted. “This new offering builds on all the other benefits of shopping Kroger online, including an entirely personalized shopping experience, easy digital coupons, valuable fuel points and fresh, high-quality products, shoppable on the Kroger app or on Kroger.com.”

The Romulus CFC, announced in September 2020, actually got under way in a soft launch this past summer, Kroger disclosed in announcing the opening of 350,000 square-foot Ocado CFC in Dallas. Kroger’s Romulus facility supports customers in several market areas, including in Michigan, northern Ohio and Indiana.

In May 2018, Kroger unveiled an exclusive U.S. partnership with U.K.-based online grocery specialist Ocado to identify sites for about 20 automated CFCs over the ensuing three years. The high-tech CFCs use Ocado’s vertical integration, machine learning and robotics to fill e-grocery delivery orders and extend Kroger’s reach to a larger geographic footprint, including areas where it doesn’t operate physical stores.

Thus far, Kroger has announced 17 CFCs — ranging from 135,000 to 375,000 square feet — and six are now open. Kroger opened its first Ocado CFC, a 375,000-square-foot automated warehouse, in April 2021 in Monroe, Ohio. That was followed by 375,000-square-foot CFCs in Groveland, Fla., in June 2021 and in Forest Park, Ga., this past February and a 340,000-square-foot CFC in Pleasant Prairie, Wis., in June, followed by the Dallas and Romulus sites. The Groveland location marked the first CFC opening in a state where Kroger doesn’t have physical stores (except for one Harris Teeter store in Jacksonville, Fla.).

In addition, Kroger has announced 12 Ocado-automated “spoke” facilities of 40,000 to 80,000 square feet. Supporting the CFCs, the spokes serve as last-mile cross-dock sites for e-grocery delivery and lengthen the delivery service radius. Most recently, in September, Kroger opened a 50,000-square-foot spoke in Birmingham, Ala., which assists the Forest Park CFC “hub.” Spokes in operation also include sites in Nashville, Tenn., and Maywood, Ill.; Miami, Tampa and Jacksonville, Fla.; Lockbourne, Ohio; Indianapolis; Louisville, Ky.; and San Antonio.

“Ocado’s world-leading technology is already powering CFCs with Kroger across six states and supporting Kroger Delivery to bring a world-leading service to multiple new and existing Kroger markets around the country,” stated Luke Jensen, CEO of Ocado Solutions, which has its U.S. headquarters in Tyson, Va. “Our CFC in Romulus is already bringing a game-changing online grocery experience to customers in the greater Detroit area, and we look forward to bringing this to Kroger customers from coast to coast across the U.S. as our partnership continues to grow.”