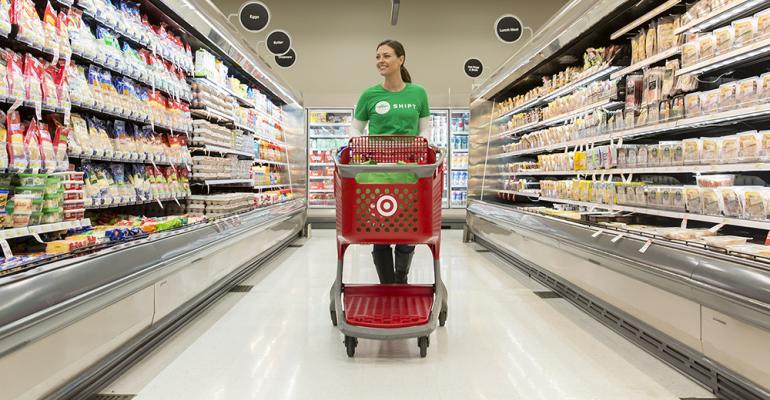 Later this month, Shipt plans to begin same-day grocery delivery at major supermarket chains in five Florida metropolitan areas, as well as in the Augusta, Ga., and Pittsburgh markets.

The expansion makes online grocery delivery via Shipt available from five key retailers in more than 20 Florida metro areas, reaching more than 540,000 households. Shipt said it plans to add more than 900 personal shoppers across Florida to pick, pack and deliver orders, which customers can receive in as soon as an hour.

“Shipt has grown steadily throughout Florida since launching in the state in 2015,” Bill Smith, founder and chief executive officer of Shipt, a Target Corp. subsidiary, said in a statement. “We’re excited to continue offering convenient, same-day delivery from a variety of beloved retailers to the doorsteps of our loyal members. Through our app, our members have access to everything they need, when they need it, right at their fingertips.”

Customers enrolling in the Shipt service will be able to shop dry groceries, fresh food, household items and an assortment of other products unique to each retailer, including beer, wine and spirits from ABC Fine Wine & Spirits. For age verification on orders of alcoholic beverages, members must scan their identification through the app and present that same ID to the Shipt Shopper upon delivery.

Also on June 21, Shipt same-day delivery is set to get under way at Bi-Lo, Kroger, Lidl, Publix and Target stores in the Augusta, Ga., market. The launch will extend Shipt’s reach to more than 170,000 households in Georgia, where the service made its debut in 2015. Over 200 new Shipt shoppers will be added to serve the new locations.

“This expansion brings even more variety and personalization from familiar retailers to the Shipt marketplace,” Smith stated.

Shipt made its Pennsylvania debut in the Philadelphia market in April, and with expansion into Pittsburgh, the company said the service will be available to more than 530,000 households in the state.

“Families in Pittsburgh can now revolutionize the way they shop for everything from fresh groceries to household essentials all in the name of convenience,” Smith added.

In all of the new market areas, Shipt is offering $50 off the regular $99 annual membership to consumers who sign up for the service before its launch date in their area. Annual Shipt membership provides free, unlimited delivery on orders of more than $35.

Currently, Shipt is available to roughly 50 million households in more than 150 markets nationwide.