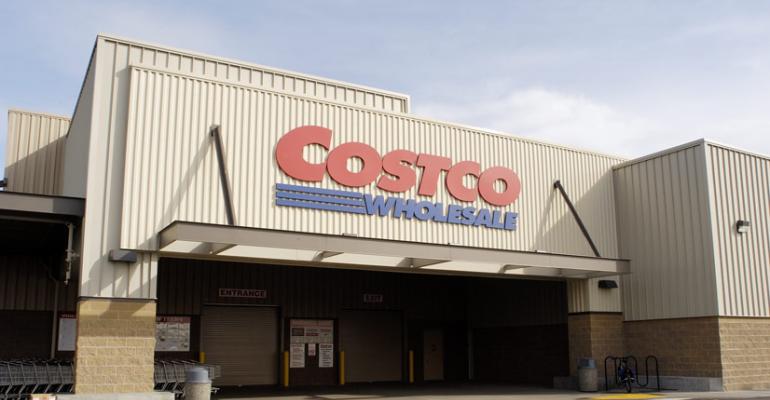 “E-commerce is certainly an important component of what’s out there and what’s growing, and as a retail competitor, we recognize it’s part of the landscape,” Richard Galanti, executive vice president and chief financial officer, told industry analysts during a conference call. “But we’re very much a brick-and-mortar company, with 97%-plus of our business done in-store, not online. People actually do like to go out and shop.”

His comments echoed those of David Dillon, the chairman and chief executive officer of Kroger Co., who said at an investor conference in October that his company also believes that the vast majority of customers enjoy the experience of shopping for groceries in a physical store.

“I think a very high majority of the customers like to physically get out, and like to have some interaction in a retail store,” Dillon said. “And even though they may say they don’t like shopping for food, they actually feel like they are participating in their community among friends and neighbors and so forth as they walk through our stores.”

And in an earnings conference call last month, Whole Foods Market executives also dismissed home delivery of groceries as a business they were not about to enter.

“We think we have a really good business model right now that works really well and we’re going to devote most of our attention and capital to continue to do what we think we do really well, which is open great new stores that are innovative and give great experiences to customers.”

Mackey said he did not think food retailing would be disintermediated “to the same degree” that other businesses have, although Whole Foods continues to experiment with click-and-collect in a couple of markets.

The retail executives were responding in large part to the expansion of AmazonFresh, which last week brought its online perishables offering to the San Francisco market, after previously rolling it out beyond its home base of Seattle to Los Angeles earlier this year.

Asked by an analyst about potential threats from e-commerce operators like Amazon who do home delivery of food, Galanti of Costco said, “We’ll keep looking at it, though we have no plans currently to deliver to homes. Anything through e-commerce tends to be nonfood items, with very limited foodstuffs and certainly not fresh foods.

“We enjoy watching the landscape as others are getting into those types of businesses. Google is doing a test in the Bay Area with a number of brick-and-mortar retailers, including us, where they deliver through Google mail, but it’s only a small test, and there are going to be a lot of changes over time.

“Getting overnight delivery or same-day delivery is great, but ultimately you’ve got to pay for it. There’s probably a market for it, but we’ll see how big a market that is. We plan to keep doing what we’re doing in terms of value, and if things change dramatically, we’ll figure it out.”

In response to a question, Galanti said home delivery by Amazon in the Seattle market has not affected Costco’s business. “My sense is probably that Amazon is taking market share more from supermarkets where people shop two-and-a-half times to three times a week. People come to Costco to buy a lot of key bulk items on the fresh food side, and we know our most loyal members are still getting several things at supermarkets or other forms of convenience, and Amazon will be just one of those. We recognize convenience as a value, but you’re paying for that convenience. And there are still a lot of things people are going to buy at our place, and if we can get them to keep coming in, then we’ll get our share of that.”

For the first quarter that ended Nov. 24, Costco said net income rose 2.2% to $425 million, while sales increased 5.5% to $24.6 billion and comparable-store sales rose 3% in the U.S. Excluding the impact of gasoline price deflation and foreign exchange, comps rose 4% in the U.S. and 6% internationally for an overall company increase of 5%.

In other comments during the call:

• Galanti said margins in fresh foods were down year-over-year, though they were down less than in the fourth quarter. “We’ve maintained key prices on some very high-volume items like rotisserie chickens as some of the underlying costs have down a little from their peak, which helps margin a little bit. But we’re very diligent about being competitive.”

• He said the company plans to open 35 new warehouses this year, compared with 26 last year, “and we could expand that out if the opportunities still present themselves.”

• The company expects to open its first two stores in Spain this year, “and France hopefully the following year,” Galanti said. “We’ve always looked at Western Europe as a good opportunity for us.”

• Costco is testing expanded cosmetics at a couple of locations in Los Angeles.