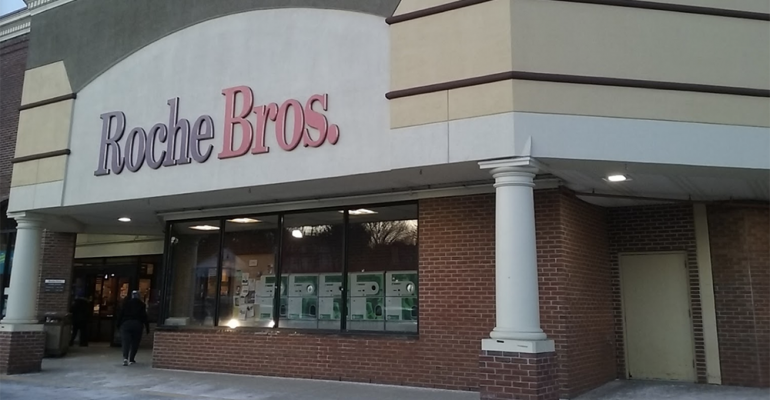 Next week, groceries ordered online from Roche Bros. Supermarkets will be available for same-day delivery through Shipt.

Birmingham, Ala.-based Shipt said it’s launching delivery of grocery staples, fresh foods and household essentials, among other items, in as soon as an hour from Roche Bros. and its Sudbury Farms stores in the metropolitan Boston area on July 12.

The rollout of the service to Roche Bros. gives more than 2.1 million households in Massachusetts access to products delivered by Shipt. The on-demand delivery provider first launched in the state in April.

To support order fulfillment, Shipt plans to add personal shoppers to its network in metro Boston. Area customers who sign up with Shipt before July 12 can get an annual membership for $49, a $50 discount from the regular $99. An annual membership provides access to free, unlimited two-hour delivery for orders of more than $35.

Currently, Roche Bros. offers its own online grocery shopping service that charges $9.95 for home delivery and $6.95 for store pickup. The pickup option is available at the grocer’s Millis, Burlington, Easton, Westborough and Marshfield stores, with more locations to come. Customers ordering online select the delivery time, and products are picked from stores by Roche Bros. personal shoppers. Frozen and refrigerated items are stored in freezers and coolers until the delivery time, and the retailer’s delivery trucks are equipped with temperature-controlled compartments to keep perishables cold.

“Shipt is expanding its delivery offering with Roche Bros. Supermarkets in Massachusetts to give our members a convenient way to access their favorite products from a beloved and unique local retailer,” said Shipt founder and CEO Bill Smith.

A subsidiary of Target Corp., Shipt has made its service available to almost 50 million households in more than 150 markets nationwide. Last week, it launched same-day online grocery delivery from Harris Teeter and Target stores in the Charlotte and Hampton Roads, Va., markets and from Target stores in the El Paso, Brownsville-McAllen and Lubbock, Texas, areas. Shipt grocery delivery from Target stores in upstate New York also is slated to launch on July 10 in Rochester, July 12 in Buffalo, July 17 in Ithaca and July 19 in Albany and Syracuse.