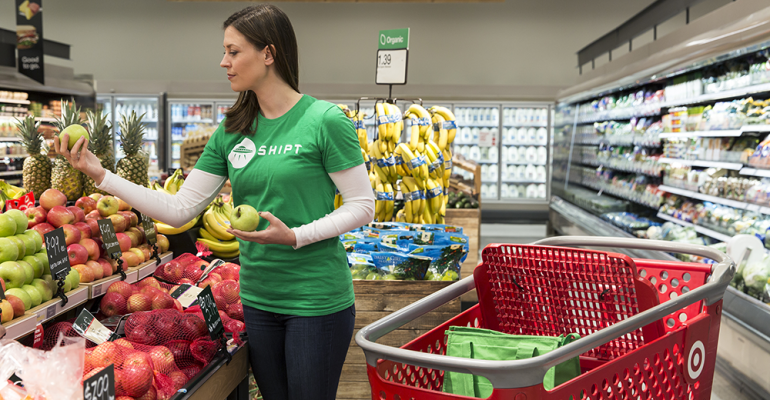 Service to roll out to Target stores statewide through fall

This month, Target stores in California are slated to launch same-day delivery of groceries and other products via Shipt.

Plans call for the rollout, announced Thursday, to begin in Northern California’s Bay Area on Sept. 20 at Target locations in the East Bay, the North Bay, Peninsula, San Francisco and San Jose. The service then will be expanded to Target stores across Central and Southern California in the fall.

The companies said the expansion will bring Shipt same-day delivery — in as soon as one hour — of more than 55,000 groceries, daily essentials, home, electronics, toys and other products from Target to over 11 million households throughout California.

In support of the launch, Shipt plans to add thousands of new personal shoppers across the states to help pick, pack, bag and deliver online orders. Consumers in Northern California who enroll in Shipt before Sept. 20 also will get $50 off the annual membership fee of $99.

“The California launch marks a tremendous milestone in Shipt’s growth. Our goal is to create a service that our members can’t live without, build a network of the best shoppers, and deliver an unbeatable shopping experience,” Bill Smith, founder and chief executive officer of Shipt, said in a statement.

Birmingham, Ala.-based Shipt, acquired by Target Corp. in December, opened an office in San Francisco in March 2016 to take advantage of the region’s technology talent.

“We look forward to offering the convenience of same-day delivery and an unparalleled customer experience on the West Coast, growing our community of loyal members and trusted shoppers who go above and beyond,” Smith added.