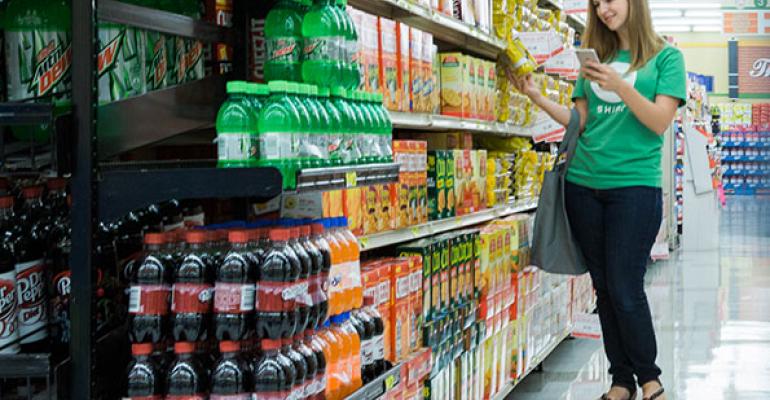 Online grocery ordering and delivery service Shipt has secured $20.1 million in Series A funding which the company said would be used to expand to new markets and develop additional partnerships with retailers.

Participants in the round included Greycroft Partners, Harbert Growth Partners and e.ventures.

“The grocery e-commerce space is an extremely competitive environment but, in spite of the odds, Shipt has reached a dominant position in a short period of time,” Ian Sigalow, co-founder and partner of Greycroft Partners said in a release. “We seek to partner with capital-efficient businesses that are on rapid growth trajectories, and look forward to working with Shipt and playing a role in the continued advancement of the company.”

Shipt, founded in Birmingham, Ala. and with West Coast offices in San Francisco, utilizes a mobile application enabling users to shop for groceries in select markets, with Shipt deploying personal shoppers and delivery. The company said it plans to add alcohol delivery to its platform later this year. For $99 per year, Shipt members receive unlimited grocery deliveries on all orders over $35.

“Harbert invests in emerging growth companies that are attacking high growth addressable markets, and have the leadership, technology platform and operational infrastructure to deliver market differentiated results,” Bob Crutchfield, general partner at Harbert Growth Partners, said. “Under CEO Bill Smith's leadership, Shipt has quickly become a nationally recognized company in the home grocery delivery space. We are pleased to invest in the company at this point of accelerated growth and as they expand to additional markets across the nation.”

Founded in 2014, Shipt has grown to deliver groceries in 27 cities across 10 states with a community of more than 5,000 shoppers. “

We invest in disruptive early-stage companies at their points of inflection, and we have a history of backing winning startups outside of Silicon Valley, including Sonos, Angie’s List and FarFetch. We’re excited to add Shipt and Birmingham, Alabama to that list,” Tom Gieselmann, general partner at e.ventures said. VP Brendan Wales added, “The grocery delivery space is growing at an aggressive pace, and we are impressed to see a company with such robust traction like Shipt coming out of the Southeast.”

Shipt partners with leading grocery retailers and a community of shoppers to provide members with fresh groceries from the brands they trust.

“Over the past year, we have laid a strong foundation for our business and scaled our service across the country. This funding is the catalyst that will propel us to the next level,” Bill Smith, founder and CEO of Shipt, said. “We are ready to put this funding to work strategically, so we can cultivate new partnerships and continue building the best way to buy groceries.”