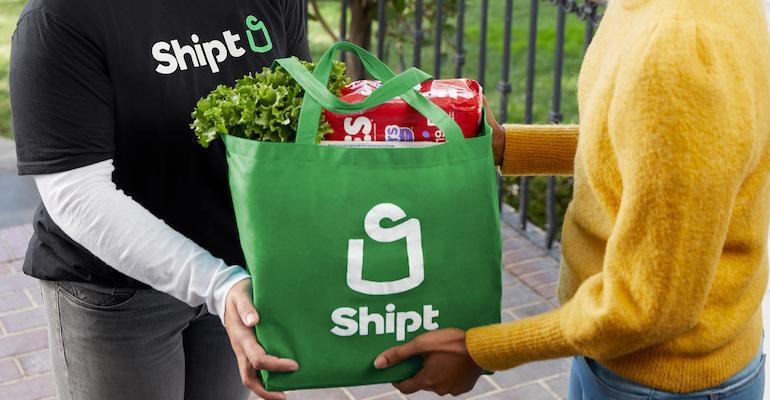 Shipt
Shipt said it's not misclassifying its personal shoppers and noted that the flexibility of the independent contractor designation remains a key draw for the job.
News>Online Retail

The attorneys general of the District of Columbia and Minnesota are suing on-demand delivery provider Shipt, claiming the Target Corp. subsidiary misclassified delivery workers as independent contractors instead of employees.

The suits by the AGs of the District of Columbia and Minnesota charge that Shipt, by not deeming its personal shoppers as employees, has deprived these workers of state and/or local minimum wage protections, local sick and safe time protections, overtime protections, and state law protections that guarantee employees know what they will be paid for the work they perform. Both suits also claim the worker misclassification also prevents shoppers from accessing state unemployment insurance and workers’ compensation benefits.

“Increasingly, we’re seeing companies abuse hard-working District residents by fraudulently calling them independent contractors and, as a result, denying them wages and benefits they are legally owed,” District of Columbia Attorney General Karl Racine said in a statement. “At every step of the way Shipt cheats, putting profits over workers and violating its employees’ basic rights just to make another dollar. We’re using all our authority to level the playing field and hold Shipt accountable for trying to cheat D.C. workers.”

Shipt, acquired by Target in 2017, rejected the lawsuits’ allegations and said its personal shopper positions provide workers with a high degree of flexibility.

“Shoppers with Shipt are independent contractors, and the flexibility that comes with being an independent contractor is the primary reason Shipt shoppers choose to earn on our platform,” Shipt spokesperson Evangeline George said in an email statement. “We strongly disagree with the action taken by the attorney general for the District, and we’ll continue advocating for shoppers and the opportunity to earn flexible income across the D.C. area.”

Indeed, such flexibility has been a driver in the gig economy. In a nationwide Morning Consult poll of app-based workers, released this week, 77% said they support maintaining their current classification as independent contractors.

Minnesota Attorney General Keith Ellison, however, contends that companies like Shipt incorrectly position the classification of an independent contractor as a “necessary tradeoff” for having a flexible work schedule. He noted that the ability to set one’s own hours of work is “just one small part of the calculus” in deciding if a worker is an employee or an independent contractor under state law.

“Every Minnesota worker, especially those who were essential to all of us during and after the worst days of COVID, should take home every dollar they earn under the law — no exceptions. But some companies break the rules and the law by misclassifying their employees as independent contractors, which means those workers miss out of some of the law’s most basic protections,” Ellison said in a statement. “I’m suing Shipt because, instead of playing by the rules most Minnesota employers play by, Shipt is taking advantage of Minnesotans to enrich itself while leaving workers to fend for themselves. Unlike other employees, these workers have no clarity on how much they will be paid day to day, and they often don’t receive the minimum wage and overtime they’re entitled to.”

The D.C. and Minnesota suits seek to recover unpaid wages, paid sick leave owed, payment owed to public programs, and damages and penalties, among other relief.

The legal dispute reflects ongoing debate over the classification of gig economy workers, such as delivery staff for services like Instacart, Shipt, DoorDash and Uber Eats and drivers for ride-share companies like Uber and Lyft.

Earlier this month, Instacart agreed to pay $46.5 million under a settlement with the city of San Diego regarding a claim that workers in California were improperly classified as independent contractors rather than as employees. The matter stemmed from a lawsuit filed in September 2019 by the San Diego Attorney’s Office against Instacart for not fully compensating grocery delivery staff as employees but instead as independent contractors, who tend to receive fewer worker benefits and protections.

This month, the federal government stepped in to try and clear up the issue. The U.S. Department of Labor on Oct. 13 published a Notice of Proposed Rulemaking to help employers and workers determine whether a worker is an employee or an independent contractor under the Fair Labor Standards Act (FLSA). According to the Labor Department, the proposed rule would offer guidance on classifying workers and help combat employee misclassification through a “framework more consistent with longstanding judicial precedent on which employers have relied to classify workers as employees or independent contractors” under the FLSA.