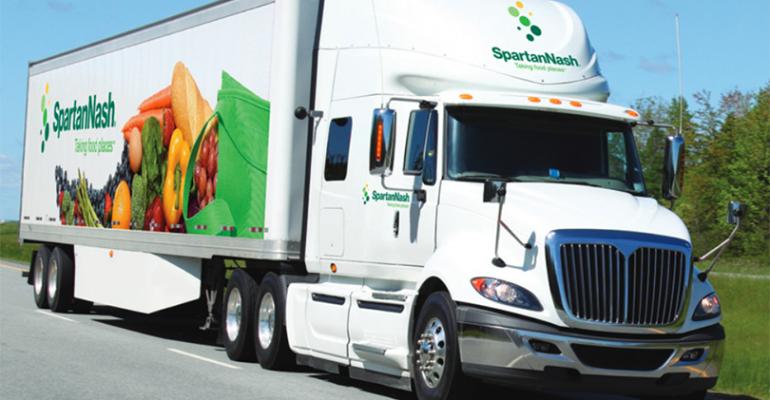 The solution will integrate personalized promotions

SpartanNash is preparing to launch a new click-and-collect e-commerce pilot at one of its Family Fare stores that it hopes to roll out to 25 retail locations by year-end, the company said Thursday in a conference call discussing fiscal 2016 financial results.

The Grand Rapids, Mich.-based wholesaler and retailer said it will partner with Toronto-based Unata, which provides end-to-end e-commerce, digital marketing and related solutions. It counts among its customers several regional food retailers, including Longo’s in Canada and Lowes Foods, Lunds and Byerlys, Raley’s and Roche Bros. in the U.S.

SpartanNash had been offering various click-and-collect solutions in about nine different stores, but the company said it expects the new implementation will provide a more comprehensive solution that can integrate personalized promotions and other features.

“The click-and-collect systems we had gave us a sense of what we needed to do moving forward,” said Dave Staples, president and COO at SpartanNash. “This just takes us to a different level overall in the experience.”

The new program will dovetail with SpartanNash’s Yes! loyalty program and its ongoing efforts around personalization and the use of data to segment customers based on preferences, he said.

“As opposed to clustering stores, we will begin clustering customers,” Staples said.

The company also said it expects to begin driving increased business from its acquisitions of Caito Foods Service and Blue Ribbon Transport, which were completed in early January. Caito, a distributor of produce and refrigerated prepared foods, enables SpartanNash to offer more fresh product to its existing customers, and to pursue more of Caito’s customers as potential NashFinch wholesale clients.

The value-added aspects of Caito’s business — including the Fresh Kitchen, which is expected to come online from a new facility in Indianapolis in the first half of 2017 — are especially promising, Staples said.

SpartanNash said the acquired businesses are expected to add about $550 million in revenues in fiscal 2017.

The company is also seeing ongoing growth in the sale of organic products, with retail penetration of organics up 13.5% in the fourth quarter. Topco’s Full Circle private label organics in particular showed with “dramatic growth,” said Dennis Eidson, chairman and CEO at SpartanNash.

Distribution volume of organic product was up 40% over the preceding year, he said.

Net income for the fourth quarter was down 23.2%, to $12.85 million, on sales growth of 3.4%, to $1.83 billion. Adjusted for several one-time charges, including asset-impairment charges, merger and integration costs and restructuring charges, earnings from continuing operations rose about 2%, to $20 million.

Retail sales for the quarter were down 2.1%, to $479.2 million. The decline included a 1.2% drop in comparable-store sales and $7.7 million related to store closures, partially offset by $2.4 million in gains from higher fuel prices and gallons sold in the most recent year. Deflation in the retail segment was 1.3% for the quarter.

Retail comps are projected to be flat to slightly negative in 2017. The company is continuing to convert select retail locations to the Fresh Fare banner, remodel others and shutter underperforming stores.

SpartanNash said it expects deflation to continue at least through the first half of 2017. Produce deflation of 5% in the fourth quarter was exceeded by a steep decline of 16% in January of the current quarter, the company noted.

Fourth-quarter sales for the military segment increased about 1.1%, to $510.4 million, due to gains from the distribution of fresh products and the favorable holiday timing, partially offset by lower sales at Defense Commissary Agency (DeCA) commissaries.

As previously reported, SpartanNash won a worldwide exclusive contract to supply private-label product to DeCA commissaries, which will ramp up beginning in the first half of this year and into the coming years.

Eidson also said the company remains well positioned to make additional acquisitions, given its debt ratios and overall financial condition. Consolidation, particularly on the distribution side, is expected to continue during the next few years, he said.

“We are prepared to do the next transaction, and the pipeline is pretty robust,” said Eidson. “For the right kind of transaction, we will be at the table.”