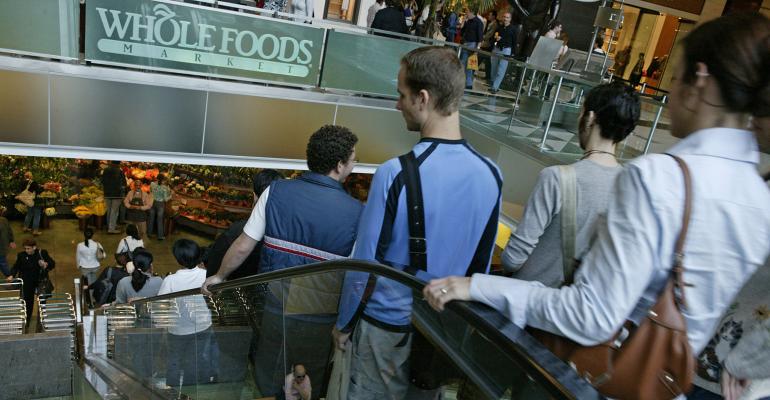 Whole Foods Market has been meeting some resistance from mall co-tenants as it seeks to place Amazon lockers in some of its stores, according to reports.

Many large retail mall tenants, such as Target and Best Buy, have stipulations in their leases that allow them to reject certain developments among other tenants, including the placement of Amazon lockers and delivery, according to a Reuters report on Tuesday.

Amazon cited the placement of lockers in Whole Foods stores as one of the immediate synergies of its acquisition of the chain earlier this year, but the lockers have been banned in several locations where Whole Foods is planning to open stores in malls, the report said.

In one Whole Foods location, the retailer was limited to displaying Amazon’s Echo voice-ordering system in 250 square feet of space because of competitive lease restrictions, according to a CNBC report.

A spokeswoman for Whole Foods declined to comment on the reports.

Lease restrictions against rivals have long existed in retailing, and have in the past led to conflicts between drugstores and supermarkets, for example.

The current wave of restrictions against Amazon is not limited to leases signed by big-box general merchandise retailers. Lidl, the Germany-based discounter, negotiated a lease that would prohibit grocery pick-up services from companies like Walmart or Amazon near a store site it was evaluating in New York, according to the CNBC report.

Target, Walmart up the omnichannel ante for the holidays
Oct 26, 2021