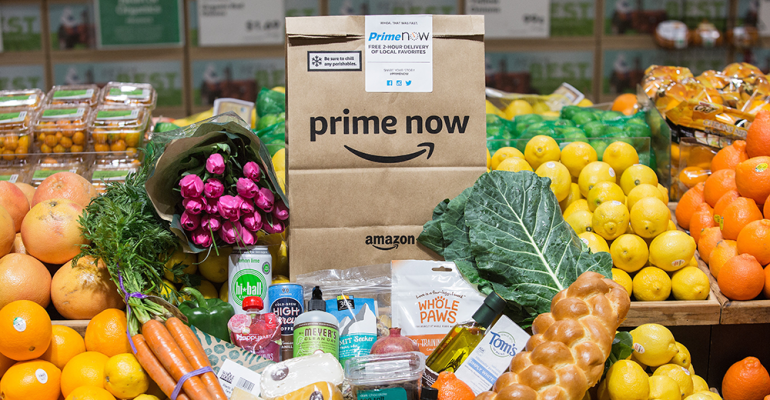 The companies said Tuesday that Prime Now delivery is now available from Whole Foods stores in Fort Lauderdale, Miami and Palm Beach, Fla., as well as in parts of Long Island, N.Y., and areas in New York City, starting with lower Manhattan and Brooklyn.

In those markets, members of Amazon’s Prime customer benefits program can shop thousands of products at Whole Foods — including fresh and organic produce, bakery, dairy, meat and seafood, floral and everyday staples — through PrimeNow.com or the Prime Now app and have their orders delivered to their door in as soon as an hour. Select alcohol products also are available for delivery.

Two-hour delivery is free on orders of $35 or more for Prime members, and one-hour delivery costs $7.99. Delivery from Whole Foods via Prime Now is available daily from 8 a.m. to 10 p.m.

“We’ve been delighted with the customer response to delivery in as little as an hour through Prime Now, and we’re excited to bring the service to our customers in Fort Lauderdale, Miami, Palm Beach, Long Island and New York City,” said Christina Minardi, executive vice president of operations at Austin, Texas-based Whole Foods. “Today’s announcement is another way that we are continuing to expand access to our high-quality products and locally sourced favorites.”

The expansion makes Prime Now delivery from Whole Foods available in 24 markets. Most recently, in late June, Whole Foods and Amazon rolled out the service in Chicago, Houston, Indianapolis, Minneapolis and San Antonio.