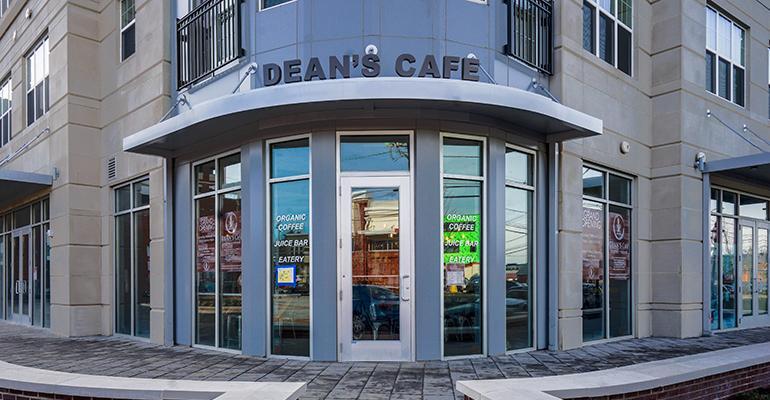 The owner of Dean’s Natural Food Market sees potential to expand the café concept to areas where a natural products store would be less successful.

Dean’s Natural Food Market has found a way to bring its natural-and-organic ethos to a new format—and situate it right down the street from one of its biggest rivals.

“This was a new way for us to spread our wings out into communities that we otherwise would not go into because of competition,” said Dean Nelson, owner and founder of Dean’s Natural Food Market, noting that the café, located in the town of Metuchen, New Jersey, is about a block from a Whole Foods Market.

“We would otherwise never venture into an area like this for one of our brick and mortar stores,” he said. “But we felt that this model was still consistent with our brand yet gave us an opportunity to go into areas that we wanted to be in.”

In addition, he noted, his retail stores have enjoyed success with their juice and smoothie programs, which gave him confidence that the café could be a success. 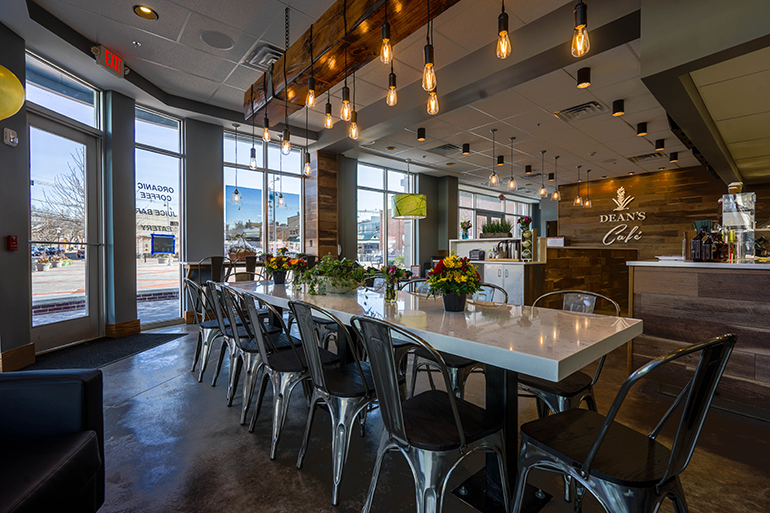 Nelson said it’s still too early to determine if the concept might become a viable expansion vehicle for the company, but that is his hope. He also said he’d like to pair the full café concept with a brick-and-mortar store to capitalize on consumer demand for clean, freshly prepared foods.

The café, he said, also gives the company “an opportunity to just focus on fresh without having to carry inventory and all the overhead.”

The menu of grab-and-go and made-to-order items is mostly organic, and includes acai and pitaya bowls, sandwiches and wraps, salads and a range of other vegan and plant-based options, in addition to smoothies, freshly made juices and kombucha. Many of the items are the same as those offered in the company’s retail stores, although Nelson said the café includes a few new dishes.

Like the brick-and-mortar stores, Dean’s Café is also hosting a range of activities, including yoga classes, cooking classes and meditation sessions.

“We want to be very involved in community events,” said Nelson.

The décor—which Nelson said turned out to be significant investment—features a lot of wood finishes and evokes a stylish, yet laid-back vibe.

“It’s nice to see people coming in and just turning on their laptops and hanging out for an hour,” he said. “That's really what we wanted. We wanted a place where people could get super clean food in a great environment and get a small taste of what we call ‘the Dean's experience,’ but not have to do it necessarily in a full-blown store.”

The café is about 30 minutes from the nearest Dean’s Natural Food Market, and people in the Metuchen area are probably not familiar with Dean’s retail stores, Nelson said.

Nelson is learning quickly that the economics of the restaurant business don’t work in quite the same way they do at a retail store. With an average transaction of $10, compared with $30-plus at one of the retail stores, he said it forces the company look for creative ways to drive sales and keep the menu interesting. He’s running the café with a staff of about 10 people, compared with the 40 that work at a Dean’s Natural Food Market.

The flow of traffic in the café has also been different from what Nelson had expected. Located near a busy commuter train station, the company had prepared for busy mornings and evenings, but that hasn’t materialized, despite opening at 6 a.m. to serve the morning commuters and staying open until 7 p.m.

“What we’re finding is that we’re attracting the lunch crowd and the business crowd,” he said.

One potential avenue to grow the concept, he said, is to seek out other locations near rivals like Whole Foods and Wegmans.

“The big guys are already in places that we want to be in, but this actually allows us to move in right next to them,” said Nelson. “Instead of moving away from them, we could actually look at locations that are close to them.”