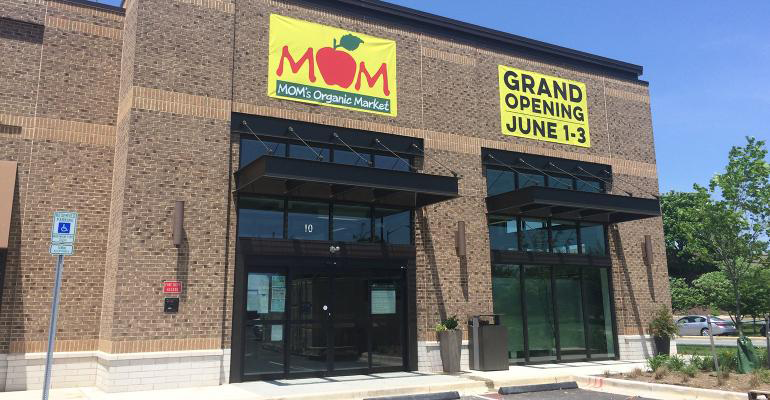 MOM’s Organic Market evolves as it expands to 19th location

The organic retailer remains focused on its environmental purpose as it opens a store in Gaithersburg, Md., that includes MOM’s first in-store bakery

Expansion has come in bursts for MOM’s Organic Market, which opened its 19th location June 1 in Gaithersburg, Maryland.

The new, 16,000-square-foot store represents the end of one of those growth spurts, during which it opened locations in White Marsh, Maryland; Cherry Hill, New Jersey; Baltimore and Philadelphia.

“We don’t grow for growth’s sake,” said Scott Nash, founder and CEO of the Rockville, Maryland-based company. “We grow rather aggressively for periods, then we kind of take a breather and make sure the wheels are still on.”

Nash said he plans to hit the brakes on new-store growth for the next 12 to 18 months, then “put the pedal to the metal again in a couple of years.”

Pausing new-store development periodically allows the company to better evaluate its performance and incorporate its learnings into its next wave of openings, he said. 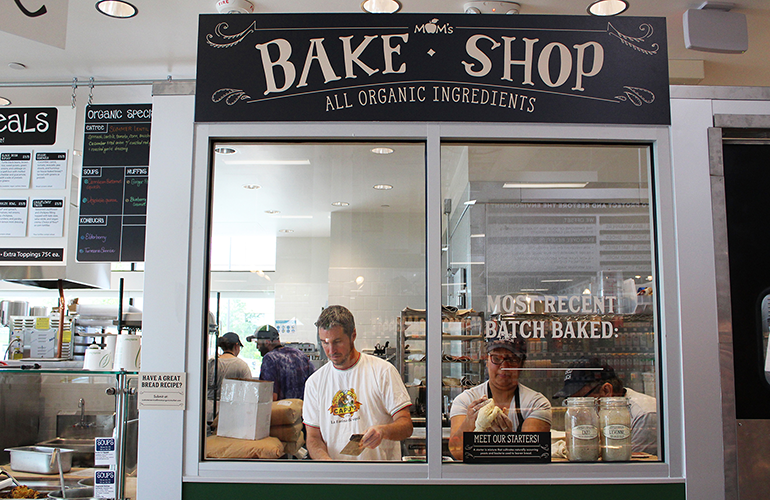 The latest store opening includes a significant test for MOM’s, as it features the retailer’s first in-store bakery. MOM’s Bake Shop, as the department is called, launched with a limited offering of organic sandwich breads and a few other items, but Nash said the company may test a variety of offerings over time. The focus will be on products made with heirloom grains and whole grains, he said.

The bakery at the Gaithersburg store, Nash said, “will be relatively low key but high quality.”

“It’s definitely a test,” he said. “We’ll see where it goes over time.”

MOM’s is also adding a bakery to its location in College Park, Maryland, that is undergoing an extensive expansion. That store will also include an outlet of the chain’s Witches’ Brew Café and a pinball room, according to reports.

True to the company’s stated purpose, which is “to protect and restore the environment,” the Gaithersburg store also includes many of the eco-friendly services that MOM’s is known for, such as a free car-charging station for electric vehicles; a recycling center for corks, eyeglasses, cell phones, household batteries, shoes and plastic bags; a green roof that increases energy efficiency, and rain gardens; and pollinator-friendly plants that help filter out pollutants in storm water runoff. 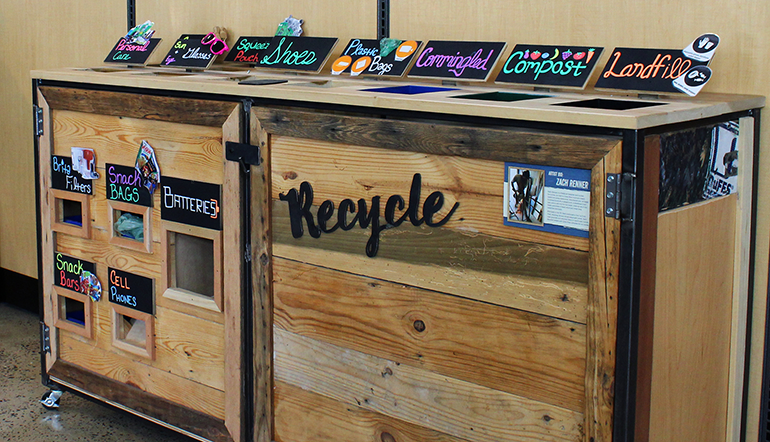 “I think it’s easy to stay true to our organic model,” he said. “What I worry about the most as we grow is diluting our culture and diminishing our operational excellence and delivering on our brand promise.”

Measuring the chain’s delivery of its brand promise through key performance indicators, or KPIs, is important, said Nash, as is hiring the right people. The company now includes more than 1,000 employees.

In support of its environmentally driven purpose, MOM’s maintains an extensive list of “core values” on its website that have evolved over time, Nash said. The values highlight a focus on selfless behavior and compassion for others, with principles such as “compassion is the antidote of judgment” and “we can’t help everyone, but everyone can help someone.”

MOM’s has also had to update its corporate systems and create new systems as it has grown. For example, the company has added a project management team, Nash said.