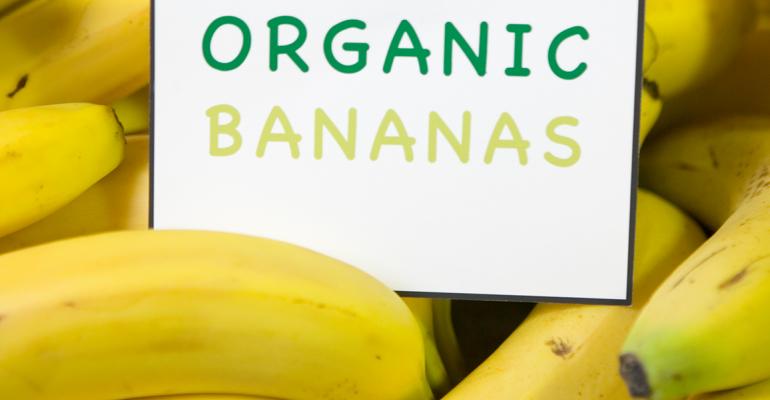 Sales of organic fruits and vegetables at mainstream retailers now total $5.5 billion, an increase of 16.4% from a year ago, according to a new report from the Organic Trade Association and Nielsen.

The report also found that trips with organic produce rose 3% and spending per trip grew 2% compared to a year ago. On average, the annual household spend on organic produce was $25.22.

Over half of households now purchase organic produce. Organic produce shoppers tend to be more kid-focused, the report showed.

Over three-quarters of “organic enthusiasts” — households that spend more than half of their produce budget on organic items — buy organic fruits and vegetables at traditional grocery stores.

“Data show that the organic shopper is an extremely health-conscious consumer who is completely dedicated to eating fresh fruits and vegetables. Organic is a top choice because of the confidence in organic as THE choice to avoid foods grown with toxic and persistent pesticides,” Laura Batcha, executive director and CEO of the Organic Trade Association, said in a press release.

“Because of this health-driven commitment retailers should not be afraid to differentiate organic produce on their store shelves. Shoppers recognize the USDA Organic seal and respond to positive messaging about what organic delivers, but at the end of the day they want to fill their carts with farm fresh foods — benefiting the entire produce section of the store.”