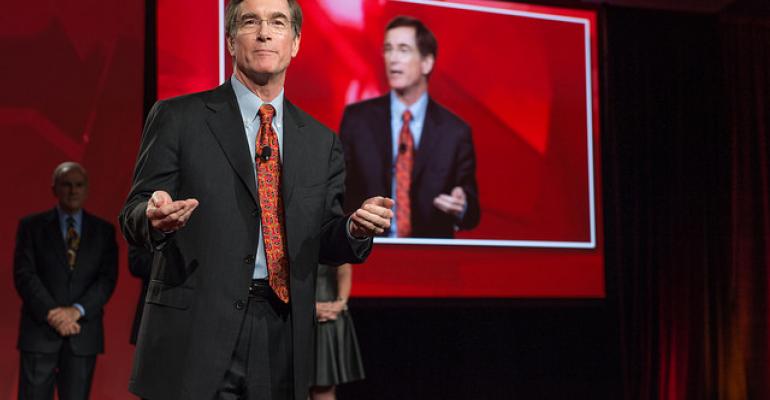 Food Marketing Institute gave its highest honor, the Sidney R. Rabb Award, to David B. Dillon, retired chairman of the Kroger Co., for “his excellence in serving the consumer, the community and the industry.”

“Dave is a respected leader in the larger food retail industry and consistently highlights the role of constructive feedback, believing that giving it establishes you as an informed leader and receiving it helps you become a better leader,” said Leslie G. Sarasin, president and CEO of FMI.

She also called him “a person of great vision and charisma [with a] passion for nurturing future leaders.”

In presenting the award Saturday at FMI’s Midwinter Executive Conference in Miami, Rodney McMullen, Dillon’s successor as Kroger chairman and CEO, said Dillon is “a grocer’s grocer. You are to me what the Rabb award is all about — somebody who cares about our industry, cares about people and cares about Kroger and all the things in between.”