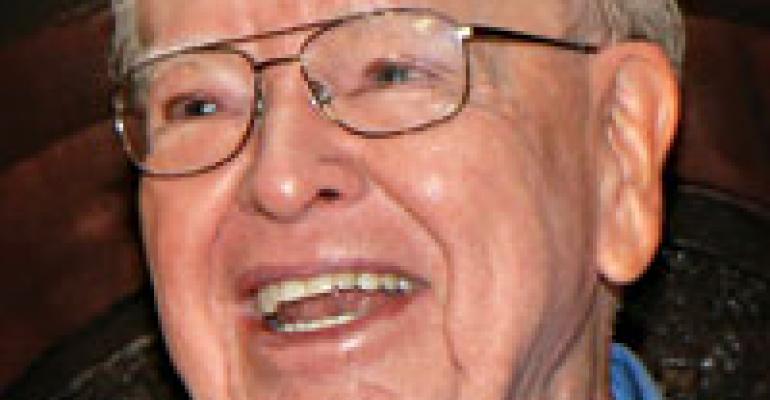 With his aptitude for careful calculation, Ralph Ketner took low pricing to a new level to propel Food Lion's growth and help transform the industry

Of the many things in the supermarket industry accomplished by Ralph Ketner, he's proudest of the fact that those accomplishments made millionaires of the original investors in a small business he co-founded. 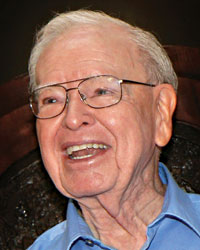 Those investors — 122 individuals who pledged between $50 and $1,000 to help start the business then known as Food Town and today known as Food Lion — came right out of the local phone book in Ketner's home town of Salisbury, N.C. And a similar sense of neighborliness inspired Ketner to grow that chain behind innovations in pricing and efficiency that remain staples of the supermarket industry today.

Ketner, who is 91, in a recent interview with SN remarked that the growth of Food Lion — particularly after Ketner's breakthrough creation of a pricing strategy that has come to be known industrywide as EDLP — helped its stock outperform Microsoft 73 to 1 and Wal-Mart Stores 12.4 to 1 over identical periods. “The smartest thing I ever did was build a company that outperformed Microsoft,” Ketner said. “The dumbest thing I did was not get as rich as Bill Gates. Every fool knows Bill Gates has $1 billion. Everyone knows Ralph Ketner hasn't got nearly that much.”

Despite growing Food Lion to hundreds of stores throughout the South, Ketner never strayed far from humble roots or lost a sense of himself as a rugged, self-styled entrepreneur. He grew up delivering meat orders by bicycle for his father Bob, a former farmer who founded a butcher shop to provide for his children. Ketner nearly lost his life to pneumonia at age 5 — a disease that would take his mother Effie's life the same year. His father, whose butcher shop had grown to a small chain of Cash & Carry stores, died when Ralph was 11, and the stores were sold.

“Such childhood troubles and work experiences undoubtedly helped to develop a hardiness and creativity that benefited Ralph Ketner when pioneering the cutting cost concept as Food Town president,” a biography published by the North Carolina History Project said.

Ketner studied accounting in college and proved to have a feel for engineering efficiencies in business from an early age. While serving military duty in Morocco during World War II, Ketner was assigned the job of keeping inventories for vehicle parts and other incoming equipment. He created an inventory form that allowed one man to do the work of five. “I always had a knack for arithmetic,” he said. Ketner said he also developed a skill for poker while serving in the Army, and would bring these skills — a penchant for numbers and an appetite for risk — to his career following the war.

Ketner worked in a variety of jobs after the war, including positions with his brother Glenn, who ran a grocery business that was sold in 1955 to Winn-Dixie Stores, a dominant player in the Carolinas at the time. It was while serving his brother's business as a bookkeeper and buyer that Ketner first was able to convince suppliers to provide a cash discount on the gross amount of goods they shipped — regardless of discounts they passed along to consumers.

“What it boiled down to was, if you bought a carload of Tide from Procter & Gamble that cost $10,000, then you got a 2% cash discount which was $200,” he explained. “Well if they had a 25-cents off label, let's assume that carload cost $9,000. My point was, if they're going to give the customer 25 cents, that's their right but don't take away my cash discount. I fought that for years and finally won it, now everyone in the country does it, even if they don't know why it started.”

Ketner moved along with his brother's business to Winn-Dixie, but resigned in 1957 to start his own chain, bringing along another brother, Brown, and a friend, Wilson Smith, as partners. The brothers contributed $25,000 each to found the business, and Smith invested $12,500. To that they solicited another $60,000 by phone.

Ketner described the early years of Food Town as a struggle for survival, as it faced down Winn-Dixie, A&P, Kroger and other competitors and closed stores almost as often as it opened them. “We were a me-too grocery store, offering the same things as our competition: weekly specials, trading stamps, contests,” Ketner wrote in his autobiography, “Five Fast Pennies.” “We didn't do anything to earn a customer's business.”

That changed for good in 1968 after Ketner locked himself in a hotel room with an adding machine and came up with a plan to slash prices but make up the difference in volume. He summed up the philosophy by an expression he would become known for: “I'd rather make five fast pennies than one slow nickel.”

The program, which Food Town called Lowest Food Prices in North Carolina or LFPINC, was among the earliest and most successful proponents of everyday low pricing. It launched in January of 1968 with dramatic cuts in prices for national-brand groceries at Food Town stores and about one-sixth of all items at the stores — everyday items like baby food, detergents, sugar and coffee — sold at cost or less.

“What I did was take six months of invoices, and went to a Charlotte hotel with an adding machine and a card table — I'm extremely good with arithmetic,” Ketner said. “Our calculation was we had to have a 50% increase in order to break even, otherwise we were bankrupt. And we went from $5 million [in 1967] to $9 million [in 1968], which was an 80% increase. The following year we went to $15 million, the following year $22 million, the next year $36 million. So in four years we grew 7.4 times.”

Ketner said containing costs through efficiency and centralized buying made LFPINC possible. “We had to operate a whole lot more efficiently, and we did. We had a reputation for being the leanest and meanest in the country.”

To support the effort, Ketner took advantage of every means at his disposal to keep costs down, becoming a pioneer in “forward buying” and eschewing moves toward building stores including labor-intense departments like delis and bakeries.

“If somebody came to me with a deal — one free with 10 — I'd buy an extra 10- to 15-week supply so I could offer it to the customer longer,” he explained. “You could only sell for less if you bought for less or operated for less, and we did both.”

The moves fueled a rapid growth effort that led to a public stock offering and eventually attracted the attention of foreign investors. As Ketner describes it, when representatives for Belgian retailer Delhaize Group inquired about acquiring a partial interest in the company in 1974, Ketner responded he would sell — if the shares sold for twice of what they were selling on the open market at the time.

The deal wound up with the Belgians investing $8.2 million in the company for a 34.5% stake. Delhaize then took its ownership to just over 50% two years later. “In 1974, when the Belgians first bought an interest, they contacted me and I had a chance to see $1 million individually,” he said. “My mother died when I was 5. My father died when I was 11. I grew up selling newspapers. You can imagine, I was a kid who'd never seen $1,000, much less a million.”

The deal made millions for the original investors as well: Ketner takes pride in the fact that Salisbury was once called the city with the most millionaires per capita as a result.

The investment — a winner for Delhaize, too — fueled still more growth for Food Town, which changed its name to Food Lion in 1983 to reduce confusion with retailers in other regions operating under the same name. As a testament to Food Town's efficiency, the change required that only two letters be changed.

Ketner takes pride in a swashbuckling brand of entrepreneurism — he said he worked 80 to 100 hours a week and expected his executives to approach that — and a style that at times rattled partners and suppliers. Upset with Nabisco for offering retailers with large private-brand stables the same discounts it offered Food Lion, Ketner described opening a meeting with the supplier's president by asking him, “When is your company going to cease to be one of the two most stupid companies in the country?”

He likewise is forthright in his criticisms of Food Lion since having left the company in 1981 (he stayed as a director until 1990), feeling that it allowed its emphasis on price to slip and the heady growth rates of its 1970s and '80s heyday subsequently erode, falling short of what he envisioned to be 2,000 stores by the year 2000. He still shops there, however.

Ketner has spent his retirement maintaining regular office hours at a school of business named after him at Catawba College in Salisbury and serving a job as “LPCINC — the lowest paid consultant in North Carolina,” he said. Drawing on experience, he advises companies to look at the numbers to find efficiencies in business and see new perspectives.

“In the first 10 years Food Town nearly starved to death because we were trying to buy business,” he said. “Once we started earning business, our sales went sky high.”