Founded in Memphis, Tenn., by Clarence Saunders in 1916, Piggly Wiggly revolutionized the grocery industry at the time by pioneering a way for shoppers to serve themselves with shopping baskets, open shelves and clerks who no longer shopped for the customers.

Piggly Wiggly Alabama Distributing Co. marked the anniversary by theming its May Food Show as a throwback to the past, complete with a miniature prototype 1916-era store based on its first self-service location and awards for vendors who best supported the anniversary theme.

The mock store featured brands that were available in 1916.

Where possible, vintage labels were reproduced to show what the brands looked like at the time.

Produce was among the categories represented.

Grapico soft drink, which is also "fixin to be 100," according to promotional materials, used the tagline "Only served in fine establishments. In other words south of the Mason-Dixon."

An old-timey cash register was among the artifacts used in the store.

Show exhibitors such as Acosta represented the anniversary theme.

Advantage Solutions won an award for its efforts.

Mr. Pig was on hand for the celebration.

Twinkie the Kid and other characters added to the festive mood. 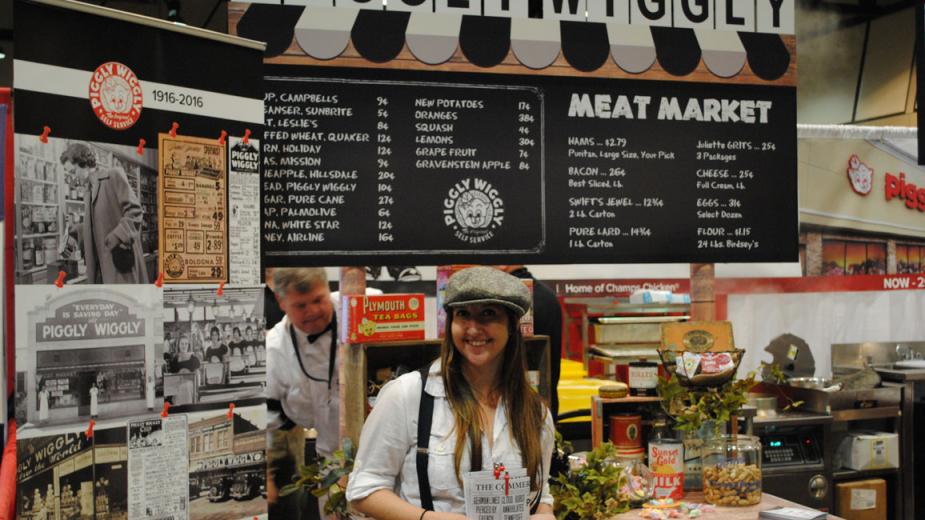 Next Up
SN Top 10: Whole Foods, Save A Lot, Albertsons top the week's headlines
Start Slideshow ›