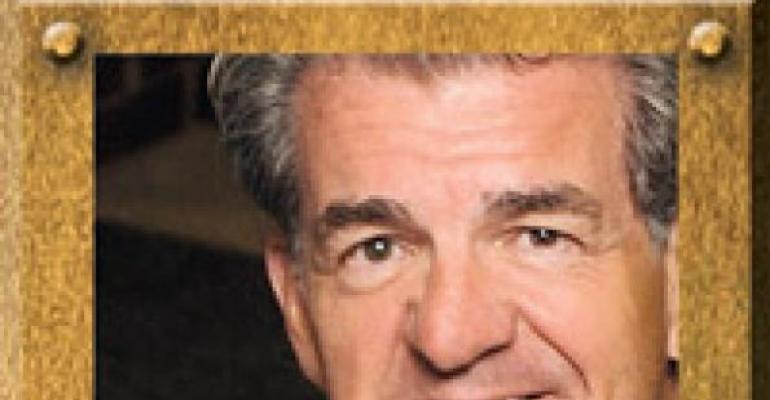 Ric Jurgens would like to make the state of Iowa into a “Blue Zone,” one of the books he has read on his summer reading list.

The book by Dan Buettner — “The Blue Zones: Lessons for Living Longer From the People Who've Lived the Longest” — cites areas of the world where people tend to live longer, healthier lives. The theme of the book rings true for the chairman and chief executive officer of Hy-Vee Food Stores, who is responsible for carrying out the retailer's mission of “making lives easier, healthier and happier.” Hy-Vee even began testing foods consumed in Blue Zones in healthy checkout lanes.

Jurgens won't stop with the state of Iowa though. The goal is to make the Midwest radiate blue and have the nation emulate the healthy lifestyles Hy-Vee tries to inspire in its customers and associates through its health-orientated services and offerings.

The foundation for Hy-Vee's health offering is built upon its 160 dietitians, its pharmacists, a growing cadre of chefs, currently about 60, and its nutritional labeling system and support of Nutrition Keys, a voluntary labeling system designed by the Food Marketing Institute and the Grocery Manufacturers Association.

In May, Jurgens completed a two-year run as FMI chairman. Of that experience, he said, “I was most impressed by the commitment of all retailers to our industry and, more importantly, to the consuming public. Two examples that demonstrate that commitment were the proactive work on the Food Safety Act and Nutrition Keys.”

He noted an unprecedented level of cooperation between retailers and manufacturers to voluntarily create new front-of-package labeling to help consumers make informed food choices. “The FMI board supported Nutrition Keys with a 100% vote, which sent a message that we want to be the leaders in helping create a healthier America,” Jergens told SN.

He said Hy-Vee would be involved in Iowa Gov. Terry Branstad's effort to make the state, through Healthiest State Project, the healthiest state in the nation in the next five years. Jurgens said he looks forward to expanding learning gleaned from the governor's initiative to the eight states where Hy-Vee does business.

Hy-Vee is an employee-owned company and its structure is decentralized, which Bill Bishop, chairman, Willard Bishop LLC, views as a strength. Store managers are given bottom-line responsibility for running their stores.

“Everybody owns a piece of the action there. They know it and behave that way. That makes them extremely hard to beat,” said Bishop.

Meanwhile, Jurgens practices what he preaches as he gears up for a 100-mile charity bike ride for the Juvenile Diabetes Research Foundation. On Sept. 5, he will again be a biker on a relay team in the 2011 Hy-Vee Triathlon, an iconic event and integral to Hy-Vee as a national player for health and wellness.

Bishop called Jurgens a “participant leader. He collaborates and is a team builder. At the same time, he is very constructive and looks for constructive opportunities.”