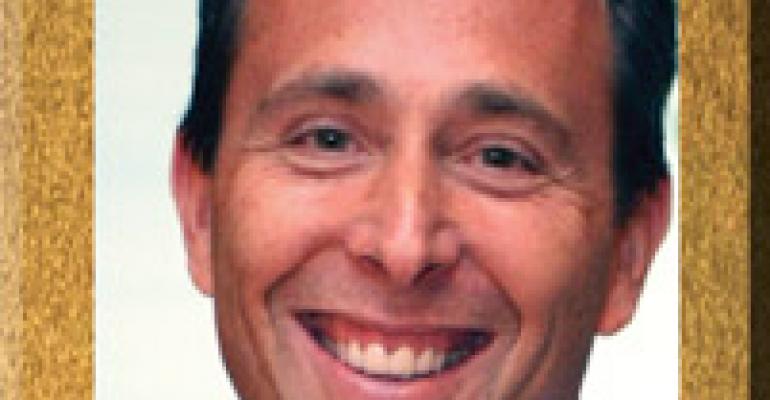 Some 22% of sales at United Natural Foods Inc. come from mainstream supermarkets. It's a number that Steven Spinner, president and chief executive officer, wants to increase as the country's leading distributor of natural, organic and specialty foods makes a play for additional business from national chains.

“We were very successful in demonstrating to the market that UNFI could be a player in the conventional supermarket channel,” he said, describing one of the highlights of the past year.

Spinner's leadership in guiding the company's breakthrough efforts into A-list distribution is what earned him his first-ever spot on the SN Power 50 list since being appointed president and CEO in 2008.

Strong numbers also help. UNFI, with its 13 distribution centers in the U.S. and five in Canada, is on track to attain $4.5 billion in sales when its fiscal year closes July 30. It recently sold off its nonfood/HBC business, and is looking to boost its trade in perishable categories like artisan cheese and proteins. Spinner said expanding UNFI's portfolio of options, without losing its strong grasp of efficiencies, has been critical in attracting conventional retail accounts.

UNFI counts Ahold USA, Giant Eagle, ShopRite, Kroger Co. and Target among its mainstream clients. It's a list that could grow even longer if UNFI emerges the victor in bidding for Safeway's business, which has been up for grabs.

UNFI is investing heavily in building an integrated distribution platform that's capable of accommodating the broad-based orders typically submitted by conventional retail chains. Sophisticated voice-pick technology, centralized buying and updated labor processes have all been implemented over the past year. “We have the most built-out distribution center model across Canada and the United States,” said Spinner. “We have a much more efficient mechanism to get the products to the retailer at the most expeditious price.”

UNFI is being careful that its push for larger customers doesn't alienate independent retailers, who make up 37% of its business. For them, UNFI is rolling out Wowzaville, a Web-based tool that allows storeowners to build planograms tailored to their sales activity. There's also iUNFI, an app-type, mobile version of Wowzaville that's in beta-testing.

The company must also factor in the 36% contribution made by its deepening relationship with Whole Foods Market. UNFI this past year signed an agreement to keep supplying the natural food chain until 2020. While some analysts note the risks any company faces in getting more than a third of its business from a single source, they like the UNFI-Whole Foods relationship because both are growth vehicles.

Another issue that's become more of a concern recently is inflation. As a distributor, UNFI has been less affected than a manufacturer or retailer, but still faces a balancing act in getting product to the shelves in the most cost-efficient manner.

“Generally speaking, inflation is a pass-through for us,” said Spinner.

What UNFI will be guarding against in the coming months is persistently higher food prices coupled with increases in the cost of fuel. The combination could trigger changes in consumer behavior that cause demand for the products UNFI distributes to drop, stalling growth plans.