ADVERTISEMENT
No. 1 Rodney McMullen, CEO, Kroger Co.
Observers say McMullen can move quickly not because of haste but because of confidence. He worked alongside former CEO David Dillon for years, developing not only the “Customer 1st” strategy but the growth phase on top of it, which now is roaring to life.

“When the investors hired me, I wasn’t interested in shutting all the stores down,” Miller told SN.

“I asked if they would let us try to make the stores successful, and they said OK. Once we started focusing on the stores that were left, the investors got all their money back, with some profit, and they changed their minds [about selling the rest because] the stores were generating cash.”

“So Edwards has become the architect of that transition,” one industry observer told SN. “His goal is to manage a successful sale of Safeway — that’s his job.

No. 4 Ed Crenshaw, CEO, Publix Super Markets
“Edwards is pretty direct, and he’s made it clear he wants to be known as the guy that delivered value for shareholders — and that is exactly what he’s doing,” one observer told SN.

No. 5 Frans Muller, president and CEO, Delhaize Group
“A lot of work has been done there on the customer side at Food Lion,” Muller told SN.

I want us to build on our heritage as a great wholesaler, the core of who we are,” said Duncan.

“The broad appeal of our model has allowed us to operate successfully in a variety of market sizes, from lifestyle areas in California and Colorado to non-traditional natural foods markets such as Texas and Oklahoma,” said Sanders.

“And so the chatter I continue to hear is that AmazonFresh is doing fantastic from an order frequency point of view but that its reach and its membership base is still challenged,” said Keith Anderson, VP, RetailNet Group.

No. 10 The Genetically Modified Ingredient

Bill Gates extols its benefits. A handful of U.S. counties ban its cultivation. And industry stakeholders are starkly divided on whether to label foods containing it. 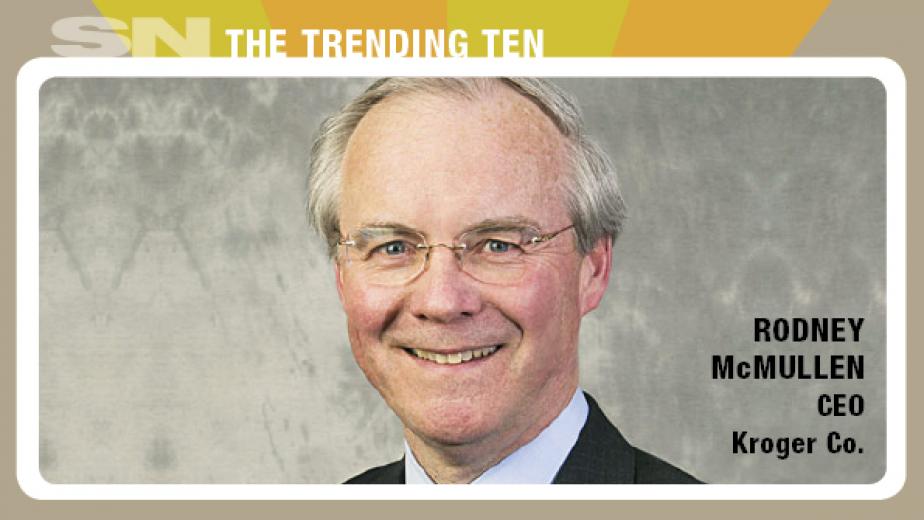