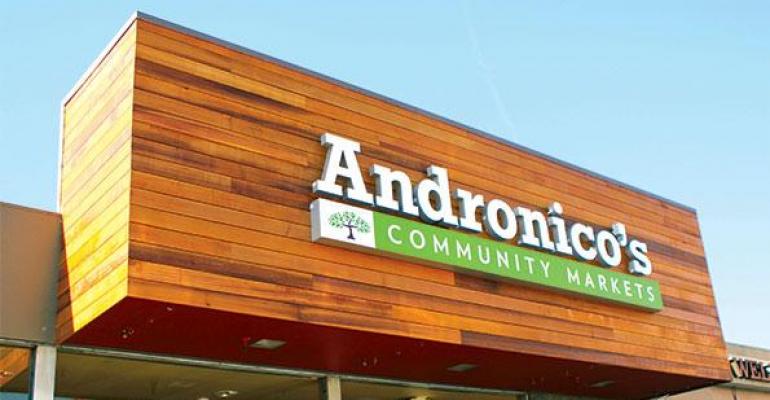 “We make scratch prepared foods for breakfast, lunch and dinner and [Safeway doesn’t] so they’re very interested in learning and keeping all of our folks and our chefs and our deli managers, the cheese department, they're talking to our meat cutters and all of our seafood folks because we do everything from scratch and that’s what they want to maintain,” said Monford. “Safeway has said that they want to keep all of the special and unique things that make Andronico’s Andronico’s.”

She added that Safeway will likely take some of the learnings from the natural and organic food retailer and apply them across Safeway stores.

“That’s really why they’re acquiring us is so that they can learn from that, harvest that and leverage some of it across some of their stores where applicable and that’s what they’ve stated that their mission is.”

Safeway wasn’t immediately available for comment, but Tom Schwilke, president of Safeway Northern California said in a prepared statement: “Our goal is to preserve everything great about Andronico’s while adding Safeway’s innovations and great Own Brands products including O Organics.”

According to the companies that includes preserving Andronico’s union jobs.

It remains to be seen whether Safeway Community Markets shoppers and employees may continue their participation in the FitBank healthy living community program which includes health coaching, nutrition and fitness guidance from leading professionals. The program was created by Monford before she joined Andronico’s and can be licensed by other food retailers.

Andronico’s stores will be closed for a day or two before they reopen as Safeway Community Markets, according to Monford.

Safeway’s plans for G&G Supermarkets, the retailer with stores in Petaluma and Santa Rosa, Calif. that it recently acquired, are unclear.

Monford said that G&G does not compete with Andronico’s geographically or conceptually, as it’s more of a mainstream retailer.