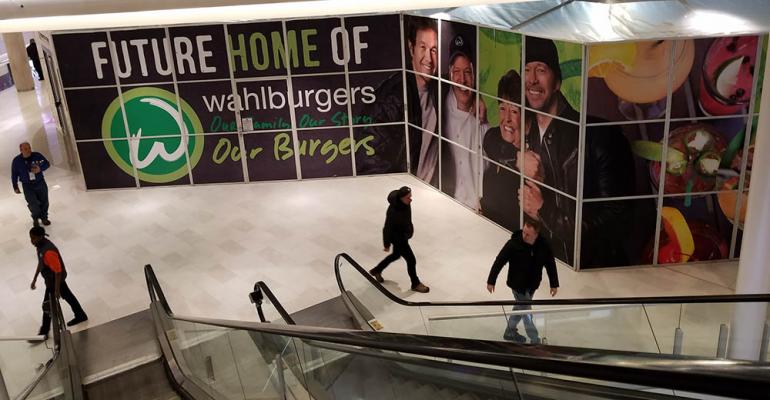 Hy-Vee to open its first Wahlburgers this month

Hy-Vee Inc. plans to open its first Wahlburgers restaurant franchise on May 22 at the Mall of America in Bloomington, Minn.

The Midwestern grocer had originally announced that its first Wahlburgers would open at the mall this summer. The location also will be Hingham, Mass.-based Wahlburgers’ first restaurant in Minnesota.

Situated on Level 2 North at Mall of America, the 5,500-square-foot Wahlburgers will serve up a menu of signature burgers, homestyle sides, house-made condiments, fish, chicken and vegetarian options in a fast-casual dining setting. It will also have a full-service bar offering specialty drinks such as adult frappes and floats.

Plans call for Hy-Vee to host a grand opening event on May 31 that will feature an appearance by celebrity brothers Mark and Donnie Wahlberg. Also appearing will be executive chef Paul Wahlberg, who along with his famous brothers and other investors founded the restaurant chain in 2011.

Hy-Vee announced last August that it planned to build, own and operate 26 Wahlburgers locations, which would make it the restaurant chain’s largest franchisee. Hy-Vee’s next Wahlburgers franchise reportedly is slated to open this fall near the Jordan Creek shopping center in West Des Moines.

The Wahlburgers brand also will be entering Hy-Vee stores. The supermarket chain plans to bring Wahlburgers-branded menu items to all of its Market Grille in-store restaurants in eight states. Hy-Vee stores, too, will be carrying a new line of beef products — which includes ground beef, patties, sliders and brick packs — that Wahlburgers and partner ARKK Food Co. are rolling out to over 1,300 grocery stores in 26 states and the District of Columbia.

Overall, Wahlburgers has two dozen restaurants in 16 states plus two locations in Toronto.