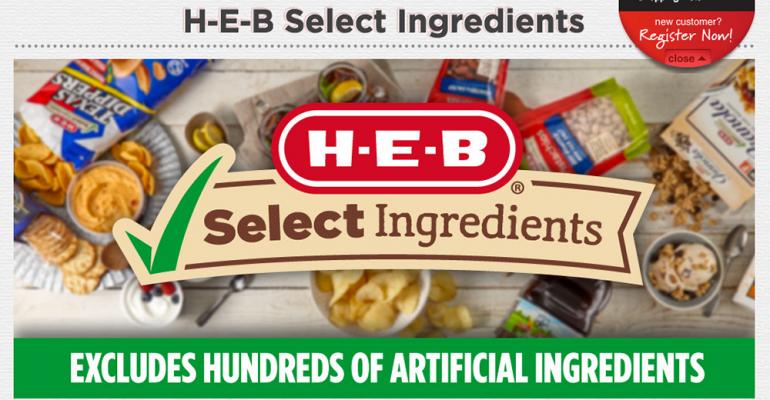 A checkup on clean label commitments

Nearly half of U.S. consumers look at the ingredient lists on foods before they purchase them — and many look for what’s not in the product as much as what is in it, according to a 2016 survey by the American Food Information Council Foundation.

Lisa Lefferts and her colleagues at the Center for Science in the Public Interest evaluated such programs at 13 companies — nine major supermarkets and four major chain restaurants — to see how they’re doing. In a new report, the organization, which conducts research and advocacy programs in health and nutrition, concluded that clean label programs are a “net plus for consumers” but have plenty of room to improve.

Not allowing certain ingredients in products has led companies to be more transparent about what is in their products. For example, some supermarket private label programs, including Ahold Delhaize’s Nature’s Promise, H-E-B’s Select Ingredients, Meijer Naturals and Target Simply Balanced, provide ingredient and nutrition information online. Chipotle, Noodles & Company, Panera Bread and Papa John’s also disclose ingredient and nutrition information on their websites.

Some clean label programs also address production issues. Kroger’s Simple Truth brand, for example, has some organic products, and Supervalu Wild Harvest has a “free from” line as well as many organic items.

Many of these banned ingredient lists are extensive — Noodles & Company’s contains 74 items, for example, and Kroger’s Simple Truth advertises “free from 101”— but they all fall short in limiting amounts of sodium or added sugars allowed in products, CSPI says.

CSPI also notes that many of the lists are inflated because they include multiple names for the same chemical, or list ingredients that aren’t even approved by the government, like the artificial sweetener cyclamate. Others, like Safeway’s Open Nature line of products, are much more vague, listing terms like “no artificial flavors, colors or preservatives” that aren’t necessarily defined or meaningful.

All of the 13 lists evaluated by CSPI also included some ingredients that the organization rates as safe, such as modified food starch.

One big pitfall of restaurants’ clean label programs is that all four of the ones examined—Chipotle, Noodles & Company, Papa John’s and Panera—do not apply their programs to beverages, which are a leading source of synthetic dyes, brominated vegetable oil and artificial sweeteners. On the same note, every grocer included except for Whole Foods Market applies its clean label list only to one or a few of their private label brands.

To improve these programs, CSPI recommends that companies add limits to sodium and added sugars; ban additives that are unsafe, poorly tested or substitute for nutritious ingredients; and apply their banned ingredient lists to all products, including beverages.

“We applaud the companies with transparent clean label policies that eliminate worrisome ingredients, and call on companies that haven’t formulated their own policies to do so,” said Lefferts.  “Our hope is that this report provides all companies with some useful guidelines to ensure clean labels better serve public health, not public relations.”