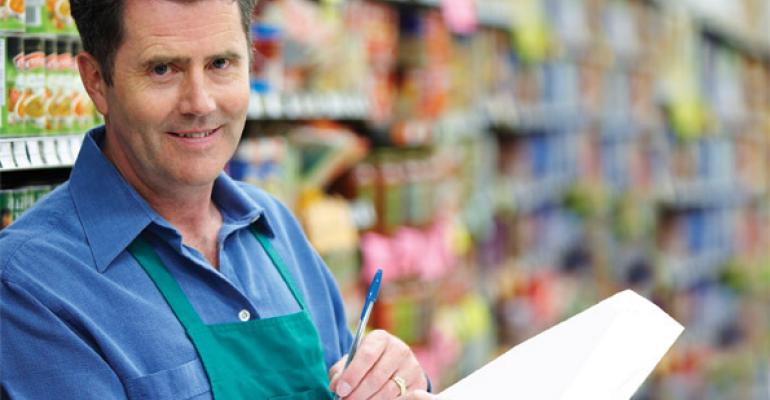 Supermarkets may not be as well known in the social media world as other businesses, but they are poised to attract a following

Despite growing retailer involvement in social media, consumers aren’t as familiar with supermarket Facebook and Twitter accounts as they are with efforts by other channels, according to a new survey.

When asked if they’ve ever visited a supermarket’s Facebook page, Twitter account or other form of social media, just 20% of consumers said yes, according to a Private Label Manufacturers Association study, conducted by GfK/Roper for exclusive publication in Supermarket News. The survey was conducted Dec. 9-11 via telephone with about 1,000 consumers.

(This article is part of SN's "Store Brands 2012: State of the Industry Report," which examines trends in private-label products and marketing. See the Related Articles list below for more stories in this report. Read Carol Angrisani's Store Brands 2012 introduction here.)

While this may be partly due to the fact that supermarkets are still learning the social media ropes, it’s also indicative of how consumers use social media for purchasing groceries versus discretionary items, said Brian Sharoff, PLMA president.

“There’s a big difference between buying milk and buying a new appliance,” he said. “People may not feel the need for the same kind of information about things they buy on a day-to-day basis.”

Among other results: Over half of U.S. consumers already subscribe to social networks like Facebook and Twitter. Women were slightly more inclined to be logged on compared to men. Those in the study with annual incomes of $50,000 or more were significantly more likely (64%) to use social network sites. A small percentage (7%) say they don’t have a social media account, but use the account of another family member.

About 80% of consumers between the ages of 25-34 identified themselves as belonging to a social network. These represent an important target for marketers, as their household spending is likely to increase and dominate shopping well into the future, according to the PLMA. More than two-thirds (68%) of those in the study under 50 years of age say they subscribe to social network sites.

While they may notice ads, not all consumers respond to them. Only about 38% of those who are aware of social network advertising say they find the ads “very” or “somewhat” helpful, while 62% say that ads are either “not very helpful” or “not helpful at all.”

While much has been said about how national-brand marketers effectively use social media, the survey shows retailers are holding their own as well. Among all consumers in the study, 43% report that they are aware of home pages that retailers have set up on Facebook, Twitter and others. More than half of this group said they consider these retailer home pages to be either “very” or “somewhat” helpful.

“Retailers are not lagging behind when it comes to awareness of advertising online and on social media,” Sharoff stressed.

Awareness of retailers’ presence on social networks skews higher among younger consumers, with 51% of all those in the survey under 50 years of age saying they are aware of retailers’ home pages there.

Meanwhile, despite the emergence of social networks, most consumers still seek information about products the old fashioned way: offline by word-of-mouth, according to the study. When asked how they obtain product information, reviews, ingredients, nutrition content or prices, 60% of all consumers say they rely on friends or family members for such help. Though more likely overall to be active on social networks, those under 50 years of age placed the highest significance on their offline connections, with 69% turning to friends or family members directly for advice. Only about one in three (34%) say they consult others via social sites like Facebook or Twitter. Just 19% said they view retail social media accounts for information about products.

While the PLMA has worked with GfK in the past to study consumer attitudes about many areas of private label, it wanted to gauge consumer interest in social media as a promotional tool for store brands.

“There are many studies about what retailers are doing online, but we wanted to find out from consumers themselves how they view social media,” Sharoff said.

Store brands can play a big role in helping retailers build their social media efforts because they can build consumer awareness and loyalty, he said.