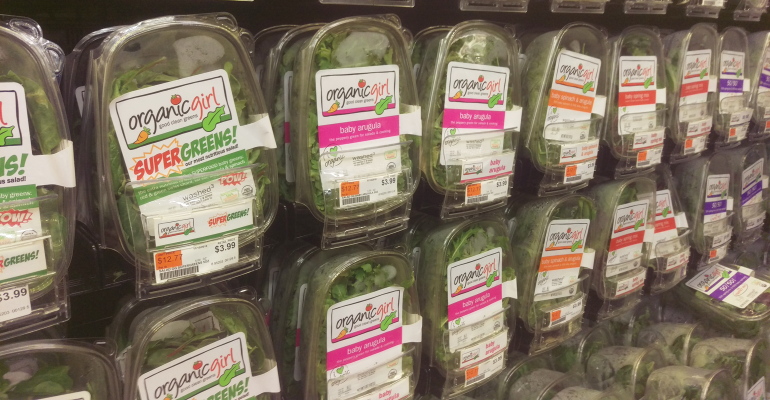 Branded produce sales were up 8% in the past year and now account for well over a third of the category’s $68.8 billion in sales, according to a new report from Nielsen.

“In the past, retailers stocked produce items with a farmers market look and feel,” Nielsen said in the report. “However, as consistent quality and trust has grown in importance among consumers, so has the opportunity to offer branded produce products.”

For the 52-week period that ended Sept. 30, while branded produce sales rose 8%, unbranded sales were down 3.3% and private label sales rose 2.3%, according to Nielsen FreshFacts.

In the $1.1 billion produce snack segment, branded produce has an ever larger share, at 72% of dollar sales.

Despite the success of branded produce, 55% of consumers don’t have a specific brand in mind before they purchase produce items, according to the 2017 Nielsen Category Shopping Fundamentals report. Branded products are succeeding in part by offering convenience and through labeling claims that address consumer interest in health and wellness, Nielsen said.

The report concludes that produce brands have an opportunity to engage directly with shoppers to help drive sales throughout the store. It notes that while produce represents 33% of fresh department sales, it only accounts for 10% of ad spending in fresh categories (Meat is the dominant advertiser, with 69% of ad spending). In fact, 77% of produce ad spending comes from just two brands, and less than 10% of produce brands spent any money at all on advertising in the last year.