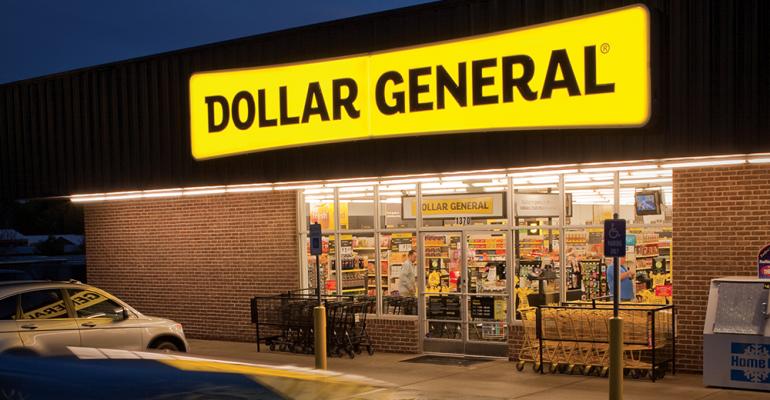 For the fourth quarter, Dollar General's net income was up about 10.1% on a sales increase of 13.7%.
Product Categories>Produce & Floral

Dollar General Corp. on Thursday said it would greatly increase the number of cooler doors in many of its stores and will expand the offering of fresh produce to additional locations.

The Goodlettsville, Tenn.-based discounter said it would more than double the number of cooler doors, to a total of 34, in 300 traditional Dollar General locations this year. The expansion is based on learnings from the conversion of the Walmart Express stores that the company had acquired and converted to the DG Plus format, which features fresh meat and produce.

In addition, the company plans to begin testing an assortment of fresh produce in certain locations that it is remodeling. The test is slated to take place in its relatively smaller traditional stores locations, measuring about 6,000 square feet or less. It is in addition to an ongoing, previously announced test of produce in its more traditional stores that have about 7,300 square feet of selling space.

The company will also focus on investing in additional coolers in certain stores that are at least five years old and currently have fewer than 10 cooler doors.

The moves come in response to increasing consumer interest in fresh and healthy foods, he said.

“Because our consumer is moving toward more fresh alternatives, including better-for-you and healthier-for-you [product], we believe this is the right thing to do,” said Vasos.

The company continues to view its DG Market format, which is more like a traditional supermarket, as a test vehicle for initiatives that can be rolled out to other locations, he said.

“We believe there’s a lot of opportunity for us in food, whether it be dry grocery or perishables, in our smaller box,” said Vasos.

The company is planning to open about 1,000 stores in 2017, including about 160 smaller-format stores of 6,000 feet or less, which Vasos said have proven to be successful over the past two years. It expects to have 250 such locations by year-end.

In addition, the company has plans to open two additional locations of its 3,600-square-foot DGX format in 2017, doubling the store count of that concept, which Vasos said is geared toward Millennials and other urban shoppers seeking value and convenience.

“We expect to learn valuable lessons from our metropolitan shoppers in this format, which we can then apply to our other formats in urban locations,” he said.

In addition to its efforts around food, Dollar General is also seeking to improve its positioning around health and beauty care, which Vasos said is a growing category at Dollar General, and one in which it is underpenetrated in terms of its customers’ share of spending. The company has redesigned the health and beauty care departments at a select group of stores, he said.

The company unveiled its remerchandising initiatives during a discussion of fourth-quarter and year-end financial results, which exceeded analysts’ expectations.

Same-store sales for the fourth quarter rose 1%, driven by an increase in transaction size, partially offset by a “slight decline” in traffic, the company said. Consumables and home products had positive sales in the quarters, partially offset by negative results in seasonal and apparel categories.

“The fact that the consumables comp accelerated by 200 basis points even as gross margin meaningfully improved should be viewed positively,” said John Heinbockel, an analyst with Guggenheim securities, according to a report on StreetInsider.com.

He estimated comparable-store sales of consumables were up 2.4% in the fourth quarter, and were up 200 basis points of the third quarter.

Dollar General said its customers have been negatively impacted by changes to the Supplemental Nutrition Assistance Program (SNAP, formerly known as food stamps), but that customers were starting to adjust. Beginning in 2016, unemployed SNAP users under age 49 who are not disabled or raising small children can only receive the benefits for three months out of any three-year period.

The cutback “continues to be a headwind,” said Vasos, but “we do believe customers are starting to adjust and normalize their spend.”

The company said it had made pricing investments in select stores and in certain categories, and that overall it was comfortable with its current level of price investment going forward. The price investments took place in about 17% of the company’s store base on a group of “high-household penetration, fast-turning categories.”

For fiscal 2017, Dollar General is projecting sales growth of 4% to 6%, with same-store sales slightly positive, up to about 2%. Diluted earning per share for the year are forecast to be between $4.25 and $4.50, which will be impacted negatively by about 34 cents per share by a new compensation and training initiative for store managers, the extra week in fiscal 2016, and other factors.

The store manager compensation initiative is being rolled out to increase retention and drive improved store metrics, including increased sales and reduced shrink. The program is data-driven, so that compensation is based on geographical location and store complexity.

In addition to reducing turnover of store managers — turnover was the lowest in four years in 2016 — the program is also expected to help stabilize turnover of other store employees, the company said.

Dollar General plans to hire about 10,000 workers in 2017, which includes staff at the 1,000 new store locations and two new distribution centers.