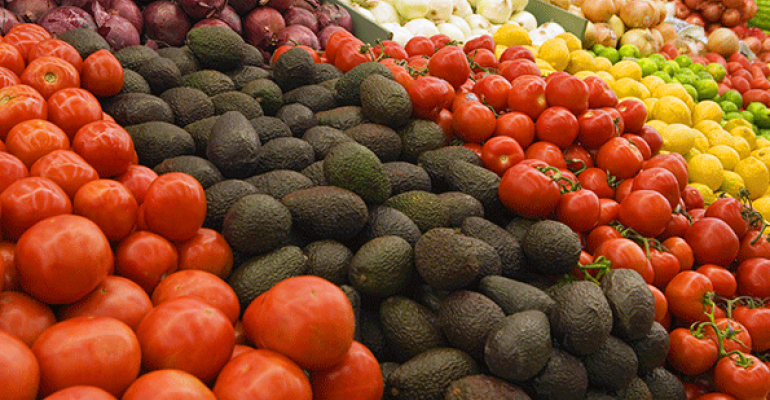 While average retail prices for most top fruit categories were down in the first quarter compared to last year and prices for all top vegetable categories were up, produce store sales were mixed, according to a new report from United Fresh.

The FreshFacts on Retail report, produced in partnership with Nielsen Perishables Group, found that the average retail price in Q1 of this year for nine of the top 10 fruit categories like berries, bananas and cherries, dropped by 1% or more compared to the first quarter of 2014. However, four of those categories showed declines in average weekly dollar sales per store and two experienced volume declines.

Avocados posted the biggest gains in dollar sales (13%) and volume sales (15.9%) despite a 2.5% drop in average retail price.

On the vegetable side, the average retail price for all 10 of the top items increased over the same period last year. At the same time, dollar sales dropped in three vegetable categories and volume sales fell in six.

Packaged salads remain the top vegetable category and the one with the most sales growth this quarter, with weekly dollar sales per store increasing 8.8% over last year.

“Inflation in produce is bad. When you have an inflation in produce, that means you had a poor growing season, so there's low quality and low supply, and you're paying more for it and you're supposed to charge your customer more for it to make the same gross. The problem is, it's not as good-looking a head of lettuce. It's smaller, may not be as well-developed versus a quarter like this where the supply was bigger and the price is more reasonable,” said Sclotman.

“We would much rather have this kind of an operating environment,” he added.

FreshFacts on Retail is available free to members of United Fresh. The report is also available for sale to non-members.